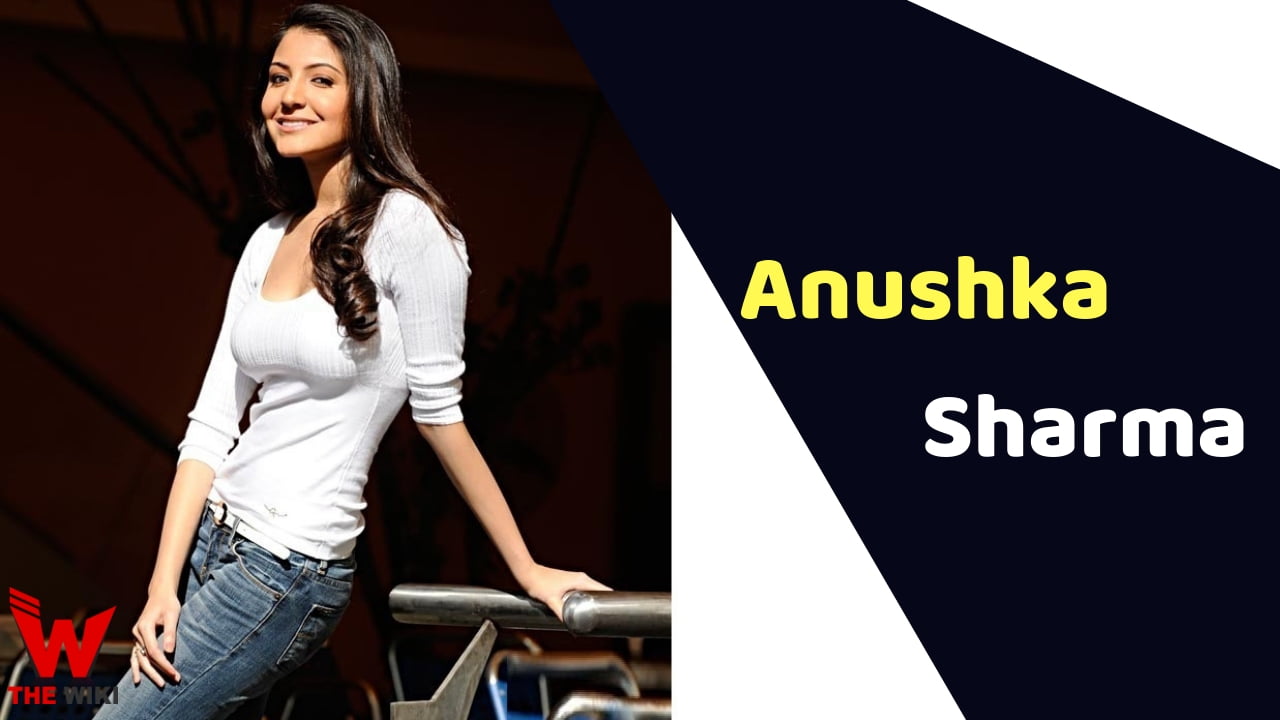 Anushka Sharma is an Indian actress and film producer who has been established herself as one of the most popular and paid actresses in India. She made her debut along with Bollywood superstar Shah Rukh Khan in the film ‘Rab Ne Bana Di Jodi’. Since then, Anushka have worked with two other Bollywood superstars Khan (with Aamir Khan in ‘PK’ and Salman Khan in ‘Sultan’), both films are huge and highest grossing film of that year.

She has also produced ‘NH10’, ‘Phillauri’ and ‘Pari’ films through her production company Clean Slate Films. She has prepared a line of clothing for women and has advertised with many top brands. As a philanthropist, she supports gender equality and animal rights.

Anushka Sharma was born on 1 May 1988 in Ayodhya (Uttar Pradesh), an army officer Col Ajay Kumar Sharma and Housewife Ashima Sharma. She has an elder brother, Karnesh Sharma, who used to work in Merchant Navy and is now a film producer.

Before getting degree in art from Mount Carmel College, She grew up in Bangalore where she studied in the Army School. She initially wanted to pursue her career in modeling or journalism. After completing her education Anushka went to Mumbai to explore modeling opportunities.

Anushka Sharma was in a relationship with cricketer Virat Kohli, both are met during a brand commercial shoot of the clean and clear. Her affair and alleged breakup was a hot topic for the news media in 2013. The couple married in a private ceremony in Italy on December 11, 2017.

Anushka Sharma started her career as a model.  She was signed in Elite Model Management, where she was prepared by the Style Consultant Prasad Bidpa. At the same time Anushka took acting classes and auditioned for roles. She debut her career in the Lakme Fashion Week for designer Wendell Rodricks’s Les Vamps Show and was later selected as his last model in the Spring Summer 2007 collection.

Before being selected by Yash Raj Films Studios, Anushka had advertised for brands such as Silk and Shine, Whisper, Nathella Jewellery and Fiat Palio. Later She signed bond of three-film with Yash Raj Studios.

Anushka Sharma debut in Bollywood with the lead role of Tanisha Sahni, wife of young middle-aged boy portrayed by Shahrukh Khan in the romantic drama ‘Rab Ne Bana Di Jodi’ (2008). This movie directed by Aditya Chopra. Everyone praised her of their role and got first nominations for ‘Filmfare Award’ for ‘Best Actress’ and ‘Best Female Debut’.

Her next appeared in the crime-comedy ‘Badmash Company’ (2010) as the leading lady, in which she shares screen with Shahid Kapoor, Veer Das and Meiyang Chang. Everyone praised for the acting. After that she starred in her third film, ‘Band Baaja Baraat’ with Yash Raj Films in which casted with newcomer Ranveer Singh. This gave her the second Filmfare nomination for ‘Best Actress’.

Anushka Sharma appeared with Akshay Kumar in ‘Patiala House’ (2011), her energetic performance was praised by critics. In the same year, she reunited again with the Ranveer Singh for the comedy-drama ‘Ladies Vs Ricky Bahl’, which despite receiving a mixed review, was a moderate success at the box office.

Rajkumar Hirani’s religious satire based film PK (2014) in which Anushka Sharma worked as a television journalist Jagat Janini in front of Aamir Khan which got huge success in India and the world box office. Relying on the success of the film, she launched her own production company Clean Slate Films, which started with the release of thriller ‘NH10’ (2015), in which she played a leading role.

Following this, Anushka worked with Salman Khan for another film ‘Sultan’ (2016), a romantic sports drama, in which she played the role of wrestler Arfa Hussein. She trained for this role for six weeks and learned to speak Hariyanvi.

In 2016, Anushka Karan Johar’s blockbuster romantic drama ‘Ae Dil Hai Mushkil’ appeared with Ranbir Kapoor and Aishwarya Rai. In which the role of female lead AliZeh Khan A free girl who is trapped in love. She earned the Filmfare Best Actor nomination for this role and became prestigious Bollywood’s most successful actress.

She featured in two films in 2017: one is fantasy comedy ‘Phillauri’ which she herself produced and Imtiaz Ali’s romance with ‘Shah Rukh Khan’ in ‘Jab Harry Met Sejal’. Both films failed to make an impact on the box office.

Anushka Sharma starred in the next supernatural horror film ‘Pari’ (2018), which was an unsuccessful film, but praised for her willingness to explore her risky attitude and various paths. She has starred alongside Ranbir Kapoor in Sanjay Dutt’s biopic ‘Sanju’.

Anushka Sharma Video If you have more Details about Anushka Sharma. Please comment below we will updated within a hour.
Loading...