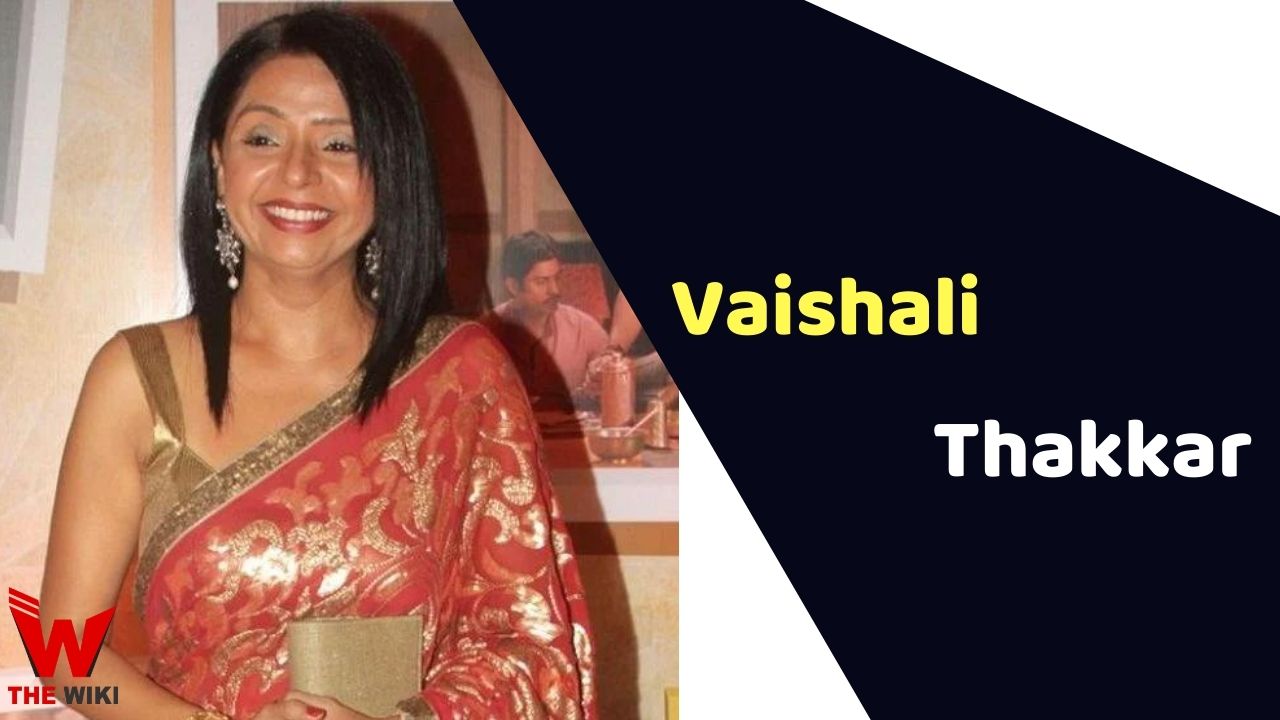 Vaishali Thakkar is an Indian actress and theatre artist. She earned recognition from the television serial Uttaran played the role of Damini Ragndra Bharti, aired on Colors TV from 2008 to 2015. Vaishali debuted in Bollywood with the action-drama movie Angle as Priya in the year 2011. She has worked in various television series like Sarabhai vs Sarabhai, Baa Bahoo Aur Baby, and Bharat Ka Veer Putra- Maharana Pratap.

Vaishali Thakkar was born on 25 July 1973 in Mumbai, Maharashtra. Her father was a theater associate. She holds a degree in M.A. in Political Science.

Vaishali started her career by playing a supporting role of Bharti in the television fiction serial Ek Mahal Ho Sapno Ka on Sony TV from 1999 to 2002. In 2000, she got featured in the serial Kahani Saat Pheron Ki as Savri aired on DD National. From 2000 to 2004, she appeared in the Shaka Laka Boom Boom as Lalita. She played the role of Nilima Verma in the Star One serial Sarabhai vs Sarabhai from 2004 to 2006. It is the epitome of a typical upscale family residing at Cuffe Parade.

Some Facts About Vaishali Thakkar

If you have more details about Vaishali Thakkar. Please comment below we will updated within a hour.