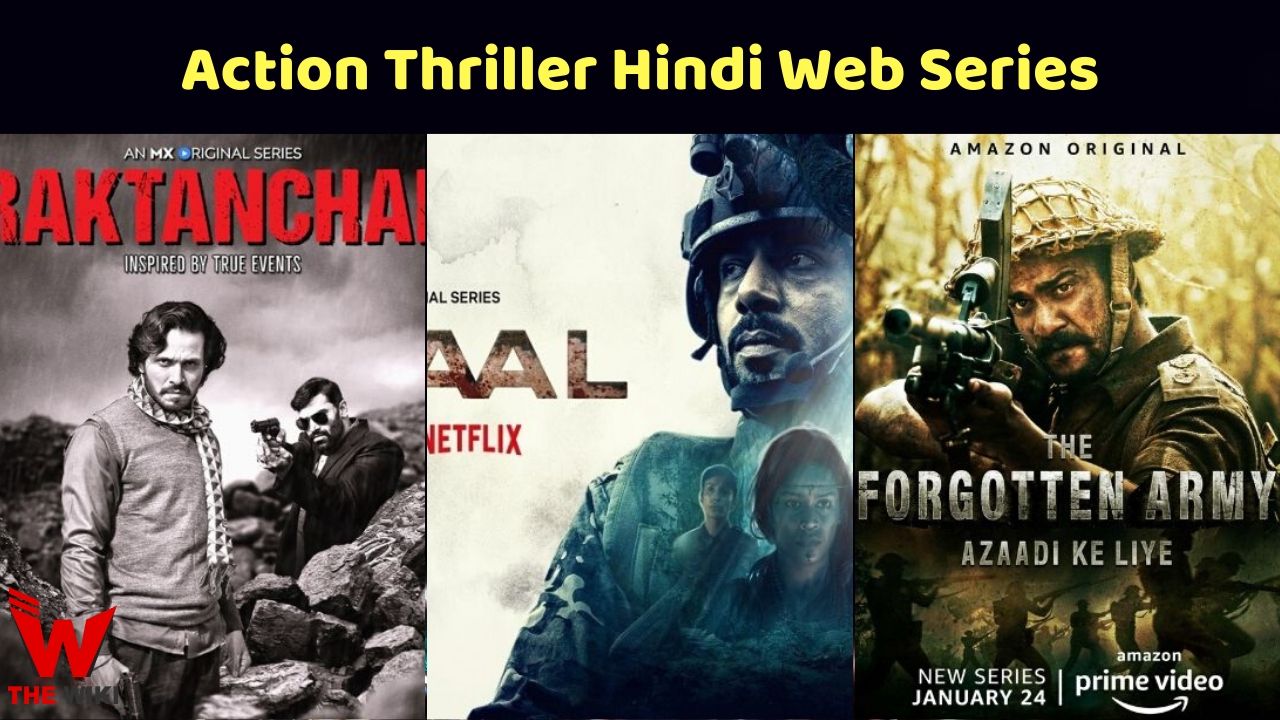 The digital platform has carved out a niche for itself in Indian cinema in a few years. In this new era, special web series are being made to deliver content on mobile. Before film making, it is decided on which platform this film or web series will be released. Popular actors of Bollywood are also trying to reach the web platform. These are some of Bollywood’s action thriller films which must be given.

Special OPS starring KK Menon and Karan Tacker, the series was released in the middle of Corona Lockdown. There were 8 parts in this series which was directed by Neeraj Pandey. The film is the story of a RAW officer named Himmat Singh who has been looking for a bomb attack mastermind for 19 years.

Mirzapur is one of the first web series that was quite popular. The second season of this series is still awaited. Pankaj Tripathi, Ali Fazal and Vikrant Massey appeared in the lead role in this series. There are a total of 8 parts in the series which tell about Kaleen Bhaiya and his crime empire.

The Family Man is a thriller pack series from Amazon Prime. Manoj Bajpayee has worked in a web series for the first time. The producers, writers and directors of this web series are Raj Nidimoru and Krishna DK. Manoj Bajpai played the role of Raw agent in the film. He also has a family. People liked this series made between the a raw mission and the family.

Sacred Games is the first web series that helped make Netflix famous in India. The first season of this web series directed by Anurag Basu was quite popular. The series was based on a same named novel of Vikram Chandra in which Saif Ali Khan and Nawazuddin Siddiqui played a key role.

Directed by Kabir Khan, the film was a tribute to India’s first Nation Army, Azad Hind Fauj. Vicky Kaushal’s younger brother Sunny Kaushal was in the protagonist role in this film. Sharvari Wagh, Rohit Choudhary and Shruti Seth were also seen in this series with them.

Paatal Lok is the first web series of Anushka Sharma as a producer. The film was released on Amazon Prime on 15 May 2020. The series is a police-based investigative thriller in which an officer named Hathiram Chaudhary trying to move forward from his ordinary career by investigate a high profile police case.

Rangbaaz’s story is based on the 90s, in which Saqib Saleem is playing the character of a boy named Shiv Prakash Shukla. Shiv Prakash Shukla has murdered more than 20 at the age of just 25. Apart from Saqib Saleem, Ranvir Shorey, Ahana Kumra, Tigmanshu Dhulia and Ravi Kishan were also seen in this series. This film can be seen on Zee 5’s platform.

In 2019, Alt Balaji’s web series Apharan was well liked by the people. Arunoday Singh played the role of a police officer in series. In his quest to get rich soon and get his love (wife), he makes a plan for kidnapping, but after plan failed, he fall into his own trap.

The story is based on the emerging mafia raj, gang war and domination fighting in the mid-80s in Purvanchal in Uttar Pradesh. The story of ‘Raktanchal‘ begins in 1984 when the father of Vijay Singh (Kranthi Prakash Jha), who is straightforward person and aspiring to become an IAS, is assassinated by gangster Wasim Khan (Nikitan Dhir). After this, to avenge the murder of his father, Vijay Singh leaves his studies and goes into the world of crime.

Shah Rukh Khan’s Red Chillies teamed up with American producer Jason Blum’s company Blumhouse Productions to produce the Netflix original web series Betaal, which was released on Netflix on May 24, 2020. Vineet Kumar is in the lead role in the web series. The story of a village is shown in the web series. British Indian Army Officer Betaal and his battalion of Redcoat Zombie have created a stir in the village.