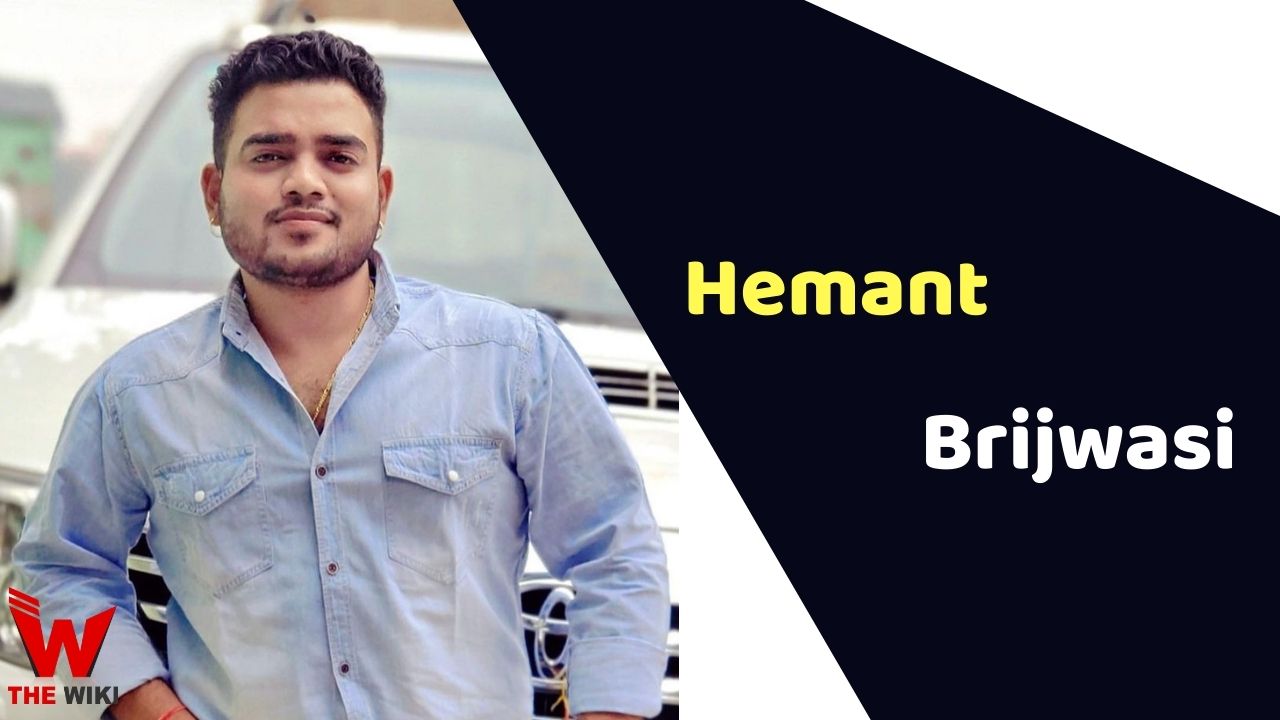 Hemant Brijwasi is an Indian playback singer. He known for winning in television singing reality shows like Sa Re Ga Ma Pa L’il Champs and Rising Star 2. He is playback for several films like Soorma and Manikarnika: The Queen of Jhansi.

Hemant Brijwasi was born in the family of musicians and artists in Mathura, Uttar Pradesh in 1998. His father Hukumchand Brijwasi is also a singer and musician. He has three siblings Ajay Brijwasi, Hoshiyar Brijwasi, Chetan Brijwasi in the family. His brothers are also singers and musicians. Hemant finished his school from Ramanlal Shorawala Public School, Mathura.

Hemant got his musical training from his father. At the age of 11 years, he first appeared in television singing reality show Sa Re Ga Ma Pa L’il Champs and won the competition. His first playback breakthrough was in 2012, featured in a animated movie Arjun: The warrior Prince.

After a long gap, he made his screen comeback with another singing competition show Rising Star 2 in 2018 on Colors TV and ended up as a winner. He also participated in more singing competition shows like India’s Got Talent (2016) and Jo Jeeta Wohi Superstar 2 (2012) but, unfortunately he could not make to the finals. Hemant’s voice featured in several songs of Bollywood films like Singh Saab The Great (2013), M.S. Dhoni: The Untold Story (2016), Genius (2018), Soorma (2018), Manikarnika: The Queen of Jhansi (2018).

Some Facts About Hemant Brijwasi

If you have more details about Hemant Brijwasi. Please comment below we will updated within a hour.