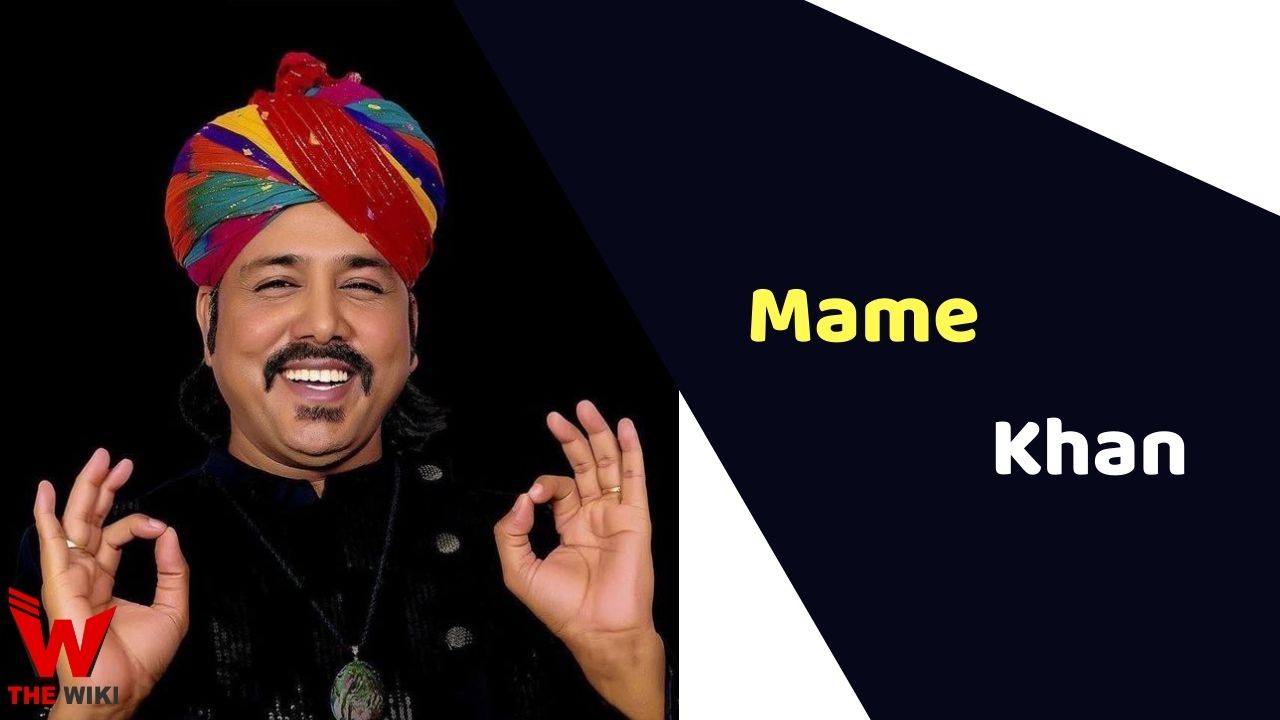 Mame Khan is an Indian Rajasthani traditional, Folk and Sufi Singer. He has huge popularity around all over India as well as foreign countries. His voice featured in various movies and shows like Luck By Chance and his most famous song Kesariya Balam.

Mame Khan was born and brought up in a small town named Satto near Jaisalmer, Rajasthan. He belongs to Maganiyar community. Manganiyar community has family tradition of singing from a very long time, they carry forward their style, rituals, compassion and their knowledge from generation to generation. His father as well as his mentor Mr. Rana Khan was a veteran singer and composer. He was basically a Dholak player but after his father’s suggestions he started singing.

Mame started his career from performing in weddings, childbirth and other auspicious occasions from very young age. He also performed in front of Prime Minister Late Shri Rajiv Gandhi on the occasion of Independence Day.

The music producer and singer Shankar Mahadevan gave him a break by song Bawre in film Luck By Chance (2009) followed by song Aitbaar from No One Killed Jessica (2011), Chakora in Mirzya (2016). He also performed in foreign countries like Centre Park, New York City, Belgium. He won various awards and honours like GiMA Best Traditional Folk Singer, Music Diamond of Rajasthan.

Some Facts About Mame Khan

If you have more details about Mame Khan. Please comment below we will updated within a hour.