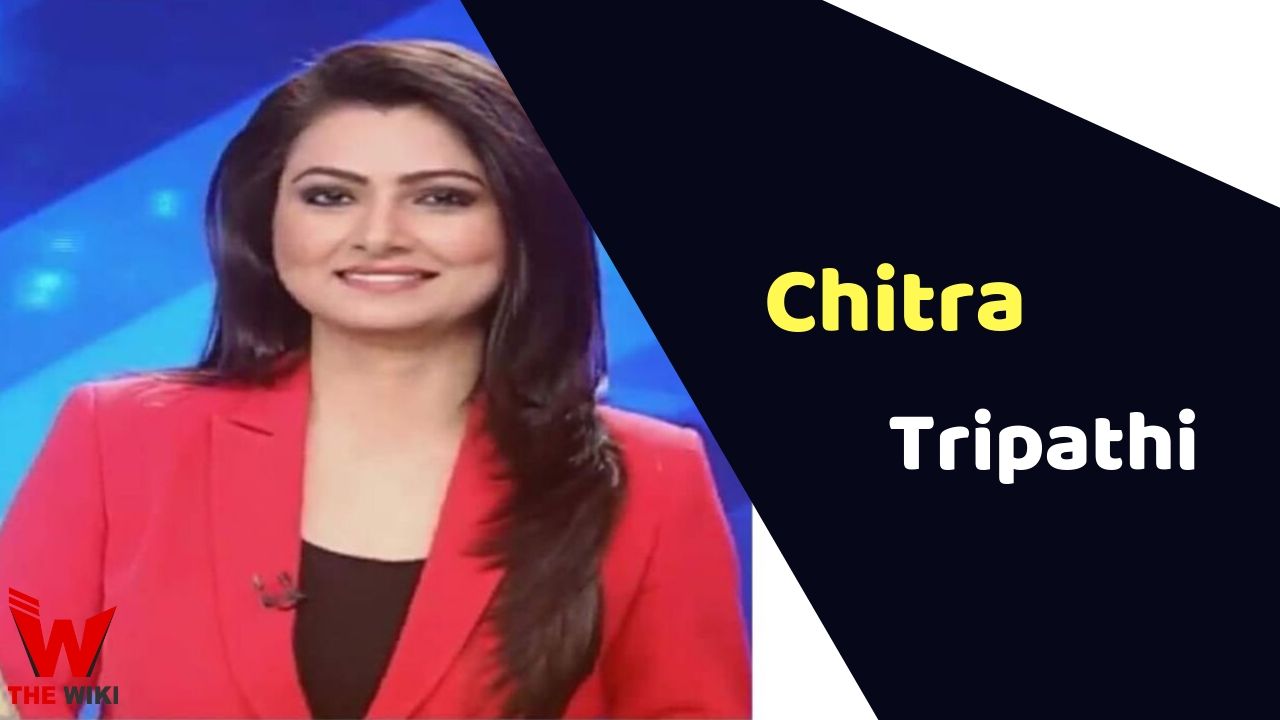 Chitra Tripathi is an Indian news anchor and journalist. She originally belongs to Gorakhpur and she has worked in famous television news channels such as Aaj Tak, ABP News and India News etc. She is currently working as a deputy editor and news anchor on the news channel Aaj Tak.

Chitra Tripathi got her early education from Gorakhpur. She completed her schooling from A. D. Government Girls Inter College, Gorakhpur. Afterwards she did her post-graduation from Deendayal Upadhyay Gorakhpur University. Chitra Tripathi did her post-graduation in defense studies. She had never even dreamed that she would work in television news anchoring.

Chitra wanted to join Indian Defense. In the childhood, she achieved the gold medal in NCC cadet and she has also participated in the parade on Rajpath on Republic Day.

Chitra Tripathi started her career with a regional news channel ETV, after which she started appearing on National TV Doordarshan. In her 14-year (till 2019) career, she has worked with major news channels like News24, Sahara Samay, India News, ABP News. After joining ABP News in 2016, Chitra Tripathi’s face was successful in creating a distinct identity in the entire country. However she has hosted shows like “2019 Kaun Jeetega”, “Kaun Banega CM”, “Modi Ke Char saal” and “Bihar Ka Neta Kaisa Ho” with this channel. For which ABP News also honored her with the Best Anchor Award.

On 11 February 2019, Chitra left ABP News and joined Aaj Tak. She is working on the post of deputy editor / anchor on this channel and at 7 pm, the show hosts ‘Desh Tak’.

In the year 2016, Chitra Tripathi suddenly got news headlines. Chitra lodged an FIR against her husband Atul at a police station in Noida. She accused her husband of domestic violence and assault. On Chitra Tripathi’s complaint, Atul Aggarwal was arrested by registering a report against under sections 323 and 506 of IPC but Later Chitra withdrew her complaint.

Chitra Tripathi is very active on social media. She is followed by many big politicians. Through Facebook, a woman named Bhanumati from a village was nominated for the President’s Award, which was awarded by the then President Pranab Mukherjee in Delhi.

Some Facts About Chitra Tripathi

If you have more Details about Chitra Tripathi. Please comment below we will updated within a hour.