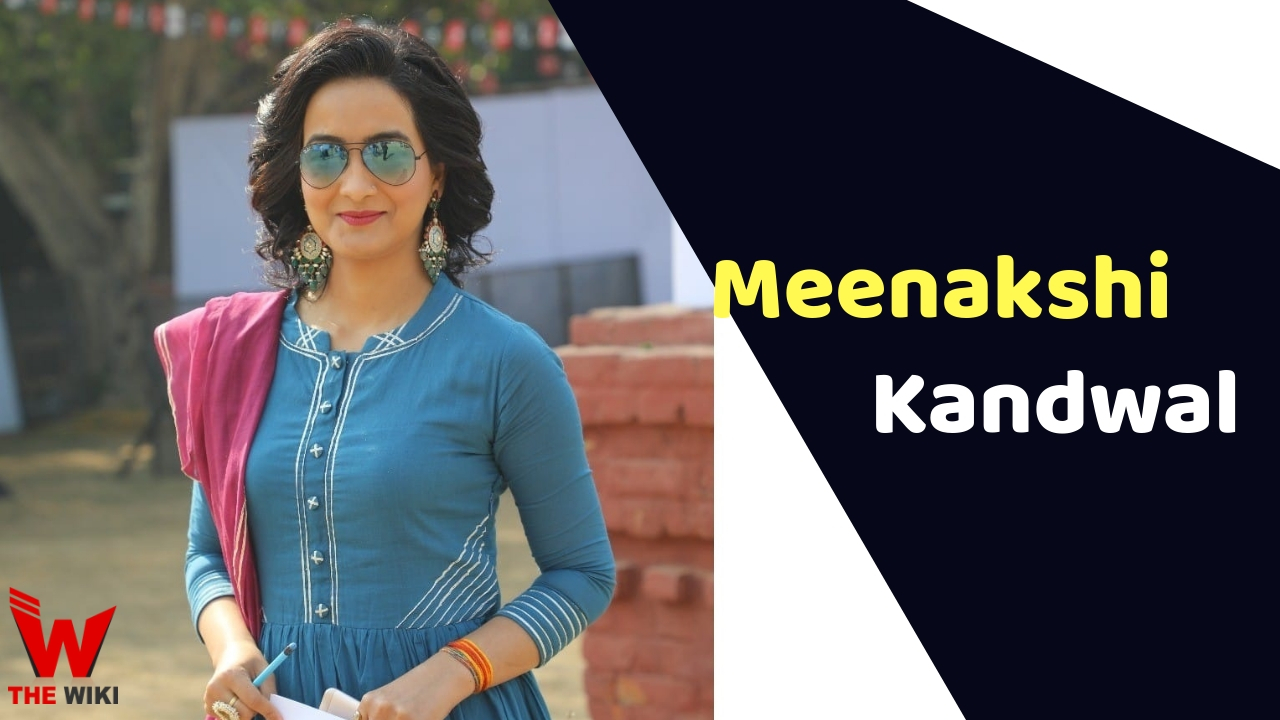 Meenakshi Kandwal is a Indian news anchor who started her career by winning a talent hunt competition. Today, she is one of the most famous female news anchor of the country. She has been worked in leading news channels Star News (now ABP News), India TV and Aaj Tak.

Meenakshi Kandwal was born in New Delhi. She originally belongs to Garhwal, Uttarakhand. Meenakshi was very good at studies. She has been passionate about traveling and debating from her childhood. Meenakshi says about herself, if she does not become a news anchor, she will make her career as a travel blogger, storyteller or a motivational speaker.

Meenakshi completed her early studies from Delhi. After that she has done Graduation in Commerce from Vivekananda College and MA in Mass Communication from Sri Aurobindo Centre for Arts and Communication. Meenakshi was good in studies since childhood and has been passionate about watching films and travelling.

Meenakshi Kandwal started her career by winning Star News’s News Anchoring Competition “Star Anchor Hunt”. She won this title on 26 June 2010. After this show, she got an opportunity to work on Star News. She worked as news anchor for the next two years in this news channel. In 2012, she left the job of Star News and joined India TV where she worked as senior news anchors till 2015.

Meenakshi is currently working on the post of Anchor / Senior Producer on the news channel Aaj Tak. On Aaj Tak She hosts “Aaj-Subah” and “Ek aur Ek Gyarah”. Apart from this, she also hosts the show called ‘Viral Test’ on the weekends.

Some Lesser About Meenakshi Kandwal

If you have more details about Meenakshi Kandwal. Please comment below we will updated within a hour.