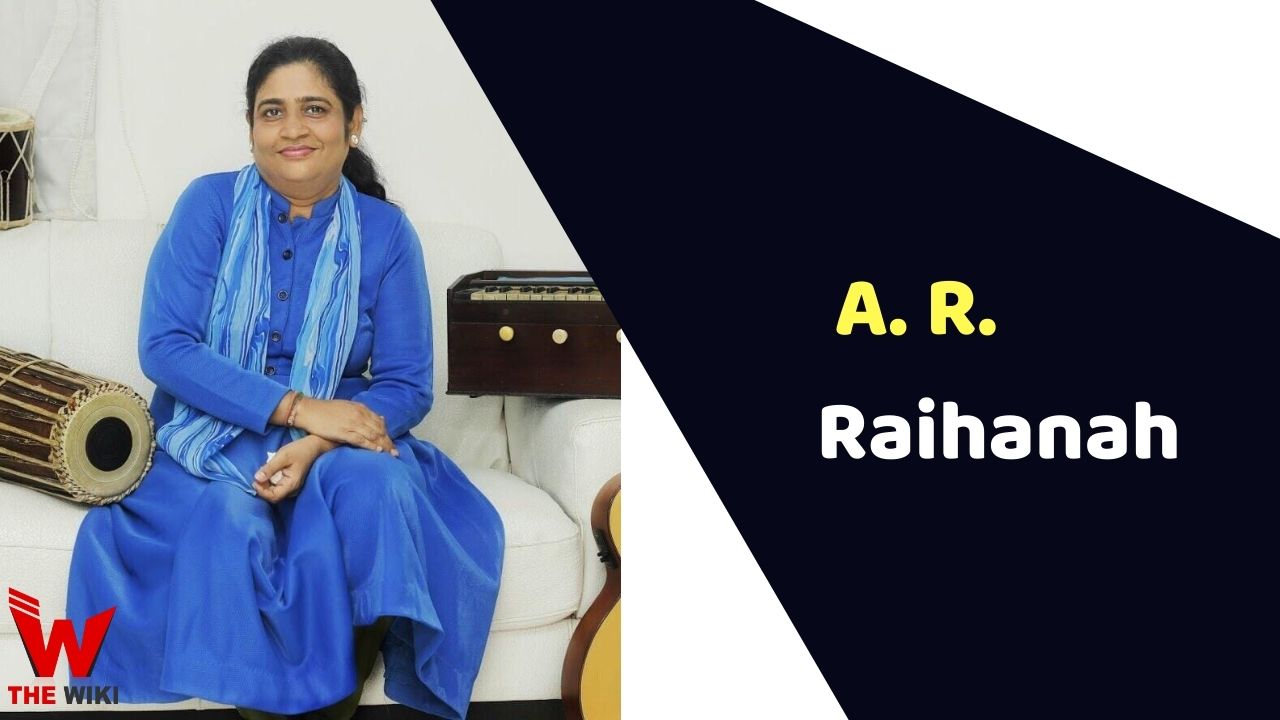 A.R Raihanah is an Indian playback singer, composer and producer. She is the sister of popular singer A.R Rehman.

Raihanah was born in Chennai, Tamil Nadu to a Hindu family. Her father R.K Shekhar was a music composer and died when she was young. Her mother name is Kareema Beegum (Kashturi). She has 1 brother, A.R Rahman and 2 sisters, Fathima Rafiq and Ishrath Qadri. At first, her religion was Hinduism later her family converted  to Islamic religion.

Raihanah has worked pre-dominantly in Tamil film industry. She started her career with her first song Malle Malle from film, Chocolate. In 2002, she collaborated with his own brother A.R Rahman on a award winning song, Kannathil Muthamittal.

A.R Reihanah married to G. Ventatesh, a film producer. They both has a son, G.V Prakash Kumar who is also a singer and music composer.

Some Facts About A.R Raihanah

If you have more details about A.R Raihanah. Please comment below we will updated within a hour.