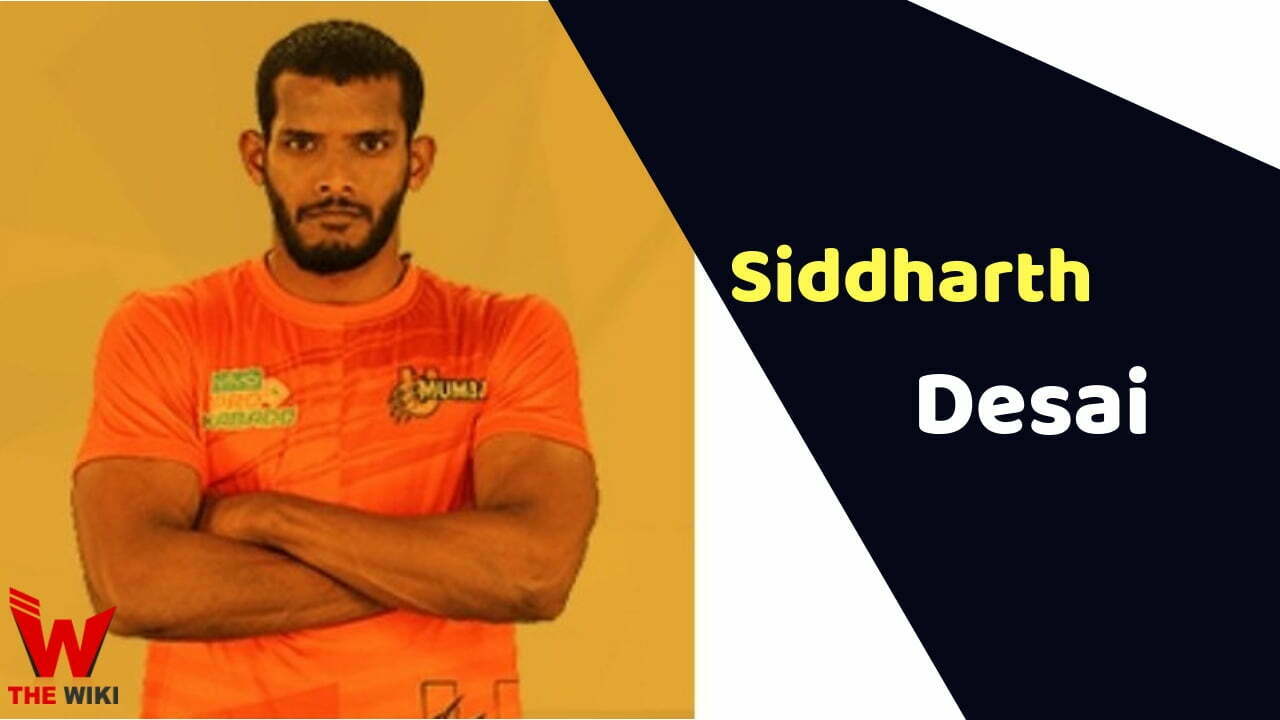 Siddharth Sirish Desai is an Indian Kabaddi Player. He was born on 5 December 1991 in Kohlapur district of Maharashtra. He always want to make future in kabaddi but his family condition always kept him away. Desai was born a brought up in poor farmer family. He did his graduation in B.Sc. (Physics).

After the graduation He starts working in Air India as a contractor. During this he meets Kabaddi Coach Ashok Sinde. After that he starts playing for Air India. He debut in Pro Kabaddi with season 6 for U Mumba. U Mumba brought him in Rs 36,40,000 for this season.

His Brother Suraj is also an excellent kabbadi player in PKL Season 1. Suraj was selected by Jaipur but army didn’t give permission to play . in PKL 5. Suraj selected in Delhi team but during practice he got injured and he had not played any match of that season.

Some Facts About Siddharth Sirish Desai

If you have more details about Siddharth Sirish Desai. Please comment below we will updated within a hour.