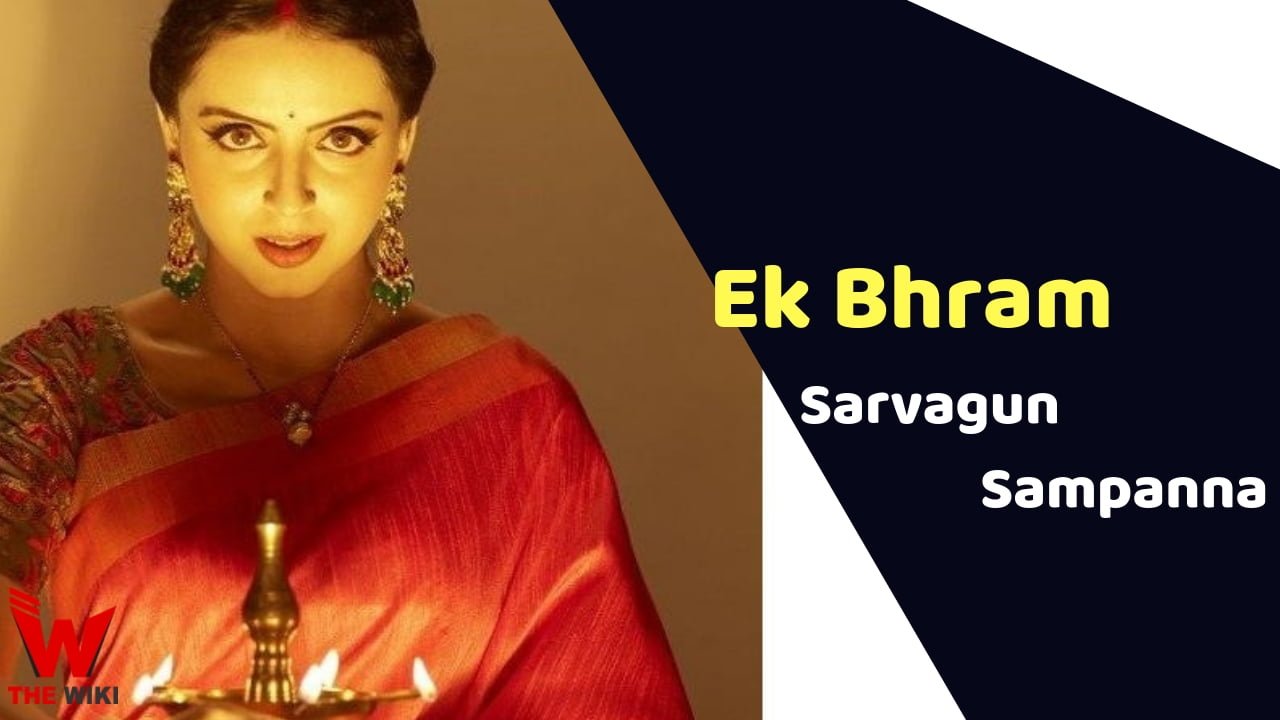 “Ek Bhram Sarvagun Sampanna” is a Hindi serial that was broadcast on Star Plus channel. The episodes of this show was broadcast from 22 April 2019 to 20 September 2019. According to the show’s makers, this show is very different than the other shows. For the first time in this show, Shrenu Parikh is seen in the negative role. The show is broadcast from Monday to Friday. Ek Bhram Sarvagun Sampanna is directed by Sumit Sodani and produced by Sunny Side Up Films.

“Ek Bhram Sarvagun Sampanna” show was launched in a thousand old temple of Udaipur. This temple is famous for its name “Saas-Bahu Temple”. This temple is dedicated to Lord Vishnu with thousands of arms. The show’s lead actress Shrenu Parikh went with the makers to launch this show in the temple which cost millions.

The story of this show is mainly revolved around the villain of this show, Jahnvi who marriage has happened in a Marwari family. She lives as an ideal daughter in low (Adarsh Bahu) in the family, but she is a very clever and can cheat anyone anytime. What are the reasons behind the behavior of Jahnvi and what will be the result of it will be shown in this show.

This is the first serial of Hindi television show in which the lead actress is playing the Negative role. The heart of this daughter-in-law of the serial filled with hatred for her own family.

Shrenu Parikh is seen as the lead actress the show who is playing Jahnvi Mittal in this show. Earlier, She was seen in the TV series ‘Iss Pyaar Ko Kya Naam Doon-2 ‘ and ‘Ishqbaaz’. After scuffle in both of these serials, Shrenu is coming in role of Jahanvi Mittal to win the heart of the people. Apart from them, Zain Imam is seen in the role of her devar Kabir in this show.

This show was displayed on Monday to Friday from April 22, 2019 at 7 pm, on Star Plus TV channel. This show re-telecast again at 2:00 PM on television. This show can viewed at any time on the Hotstar.

If you have more details about the show Ek Bhram Sarvagun Sampanna, then please comment below down we try to update it within a hour.