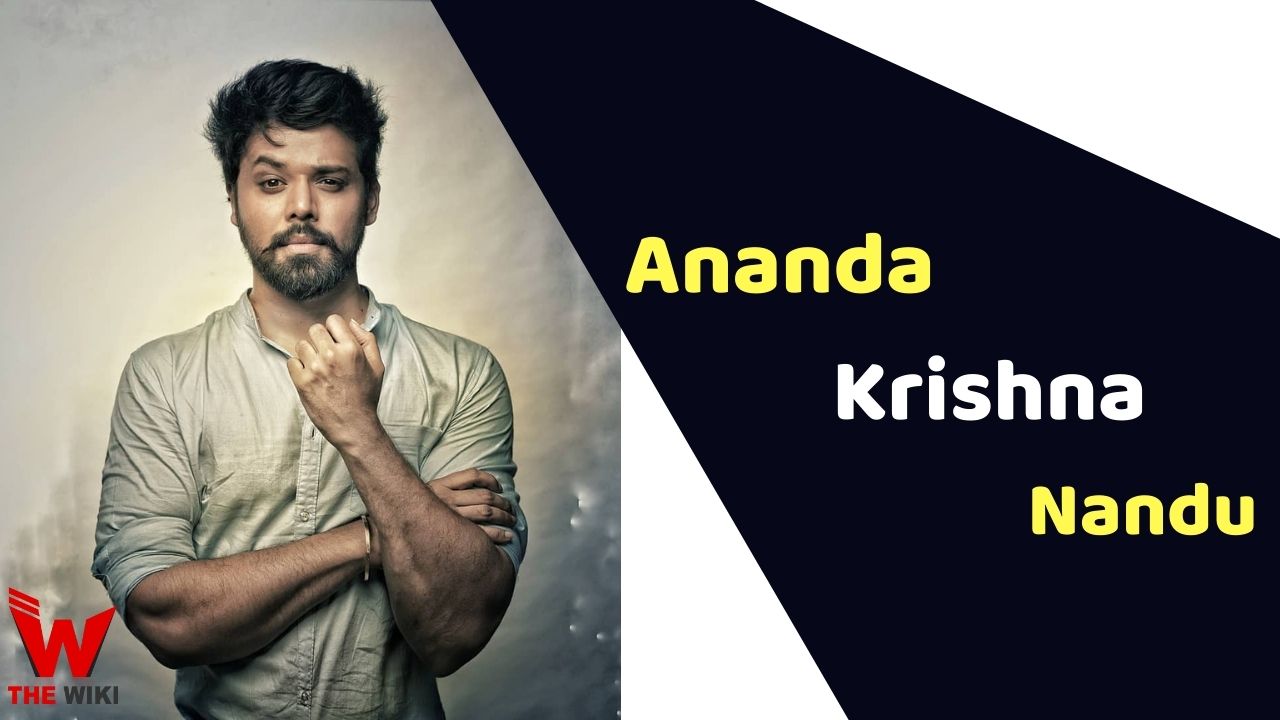 Ananda Krihna Nandu is Indian television actor, host and singer. He is mainly works in Telugu flims. He started his film career through Sukumar’s 100% Love in 2007, in which he played a character called Ajith for which he got good appreciation from the audience.

Nandu was born on 29 January 1988 in a Hindu family in Hyderabad, India. He completed his schooling and graduation from a private school from Hyderabad itself. Since childhood he had a keen interest in acting and singing and wanted to be a successful actor and singer.

Nandu debuted his career through 100% Love a Telugu-language romantic comedy film directed by Sukumar in 2007. He played a character of Ajith in Naga Chaitanya and Tamannaah starring film. He has worked in numerous films like Paathshala, Ice-cream 2, Kadal, Andher, Up and down: Mukalil Oralundu and Athiti (short film) etc.

Nandu is married to his long-time girlfriend Geetha Madhuri on 9 February 2014 at Nagole. They shared screen space in a short film called Adithi. The couple has one daughter.

Some Facts About Ananda Krishna Nandu

If you have more details about Ananda Krishna Nandu. Please comment below we will updated within a hour.