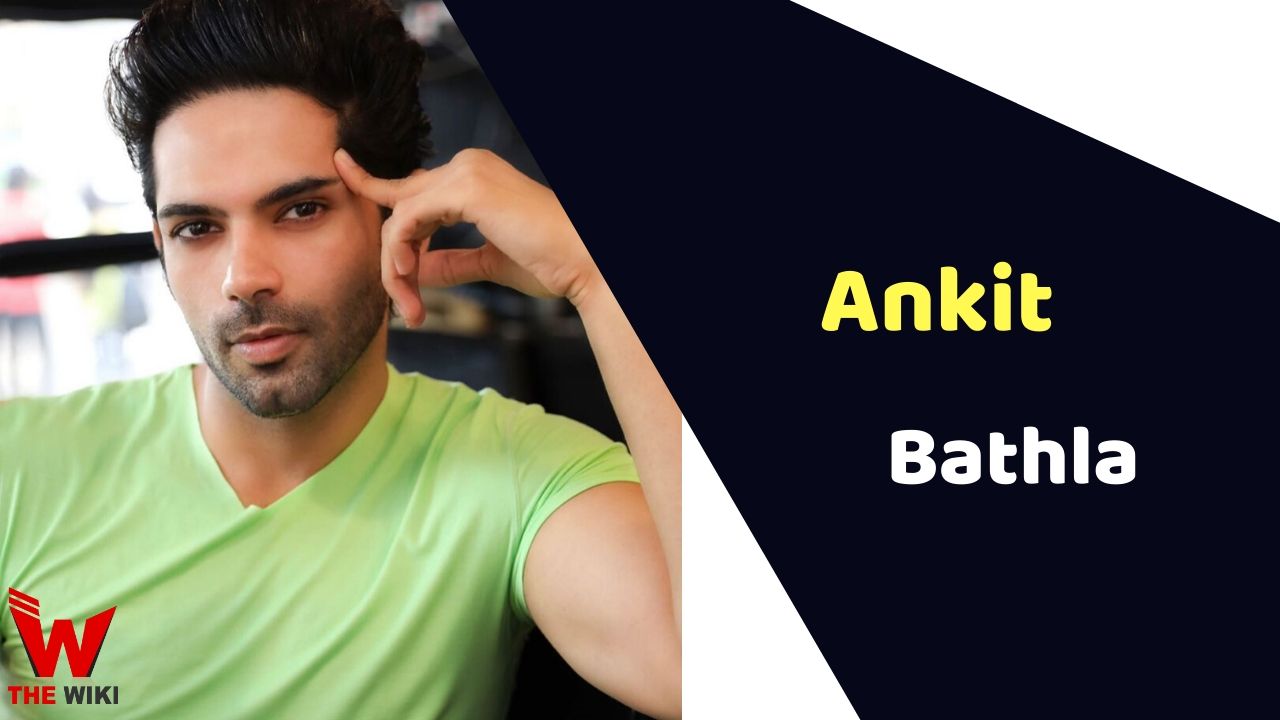 Ankit Bathla was born on 10 October 1988 in New Delhi. He is the elder son of Mugdha Bathla and Anil Kumar Bathla. Apart from him, he also has a younger sister Nishitha Bathla in the family. Ankit did not think of working in the television industry. He worked at the American Express Company before coming to television, but his destiny brought him to television.

Ankit did his initial education from St. Mark’s Senior Secondary Public School in Delhi. Later he got degree in Economics from Sri Guru Gobind Singh College of Commerce. After completion of studies, he has also worked in multinational companies for some years.

Ankit started his career with DD National’s show Sammaan Ek Adhikaar in the year 2009. He appeared in the role of Billu in this serial. After this show, he made small appearances in many television serials like Bhagonwali-Baante Apni Taqdeer, Mata Ki Chowki, Hamari Saas Leela, Hum, Haar Jeet.

Ankit gained fame on television from the serial Beta Hi Chahiye on Big Magic in the year 2013. He played the lead actor in this serial. After this show, he never looked back. He has been a part of dozens of serials like Ek Veer Ki Ardaas …Veera, Ajab Gajab Ghar Jamai, Sankatmochan Mahabali Hanuman, Thapki Pyar Ki, Krishna Chali London, Paramavatar Shri Krishna.

Some Facts About Ankit Bathla

If you have more Details about Ankit Bathla. Please comment below we will updated within a hour.