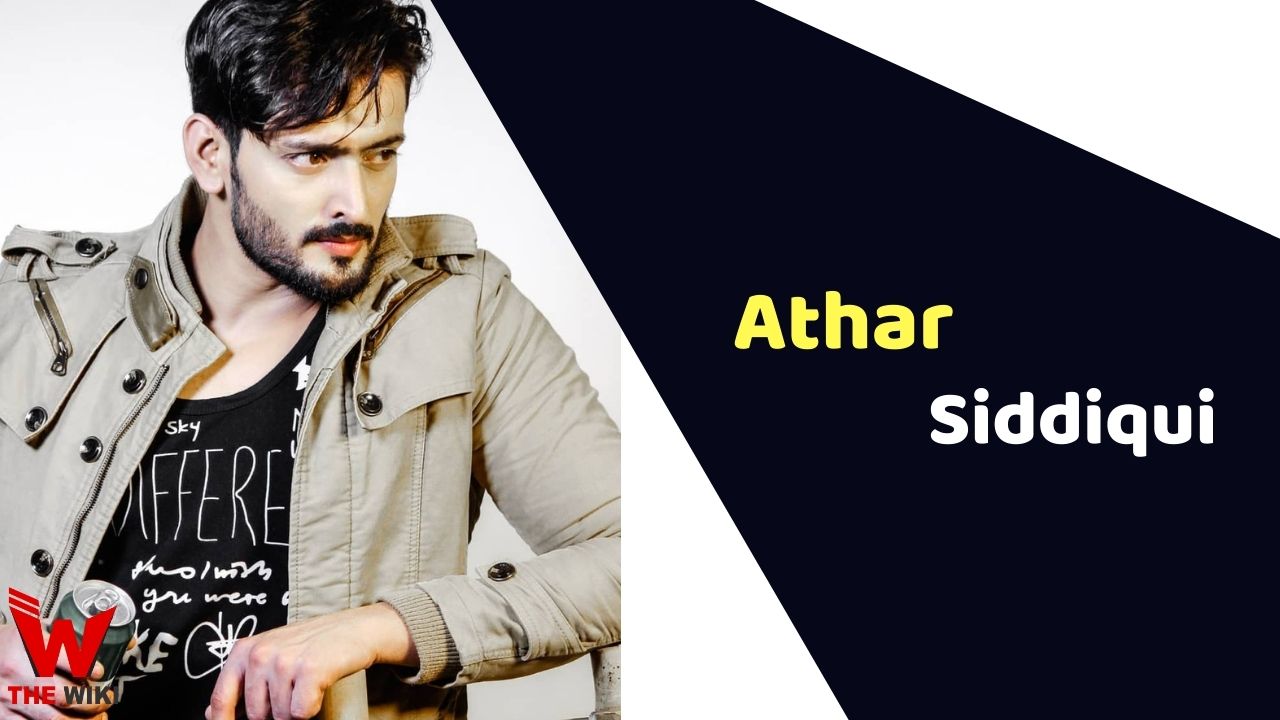 Athar Siddiqui is an Indian television actor, model and emcee. He is known for the television show Parvarish. He had participated and made his television debut with the show The Bachelorette India in 2013. Siddiqui is currently working in the Star Bharat’s show Jag Janani Maa Vaishno Devi – Kahani Mata Rani Ki.

Athar Siddiqui was born on 14 December,1992 in Meerut, Uttar Pradesh to an Islam family. He began his career in modelling when he was in college. He participated in Mr. Meerut contest and won the award of the Most Charming Face and also bagged the title of Mr. Meerut. He shifted to Mumbai in 2012 to become a model and has started working in TV commercials and print shoots.

Siddiqui has worked in many shows like Paramavatar Shri Krishna (2017), Tenali Rama (2017), Jhansi Ki Rani(2019) and Kahat Hanuman Jai Shree Ram. He has gained immense popularity for his negative role in Chandra Nandani in 2016.

Siddiqui has worked for many television commercials like Bing, Samsung Galaxy Tab, Endura Mass and Royal Stag. He said “An actor always needs to struggle. It will always be a part of our journey because the success rate is very low and competition is really high here”.

Some Facts About Athar Siddiqui

If you have more details about Athar Siddiqui. Please comment below we will updated within a hour.