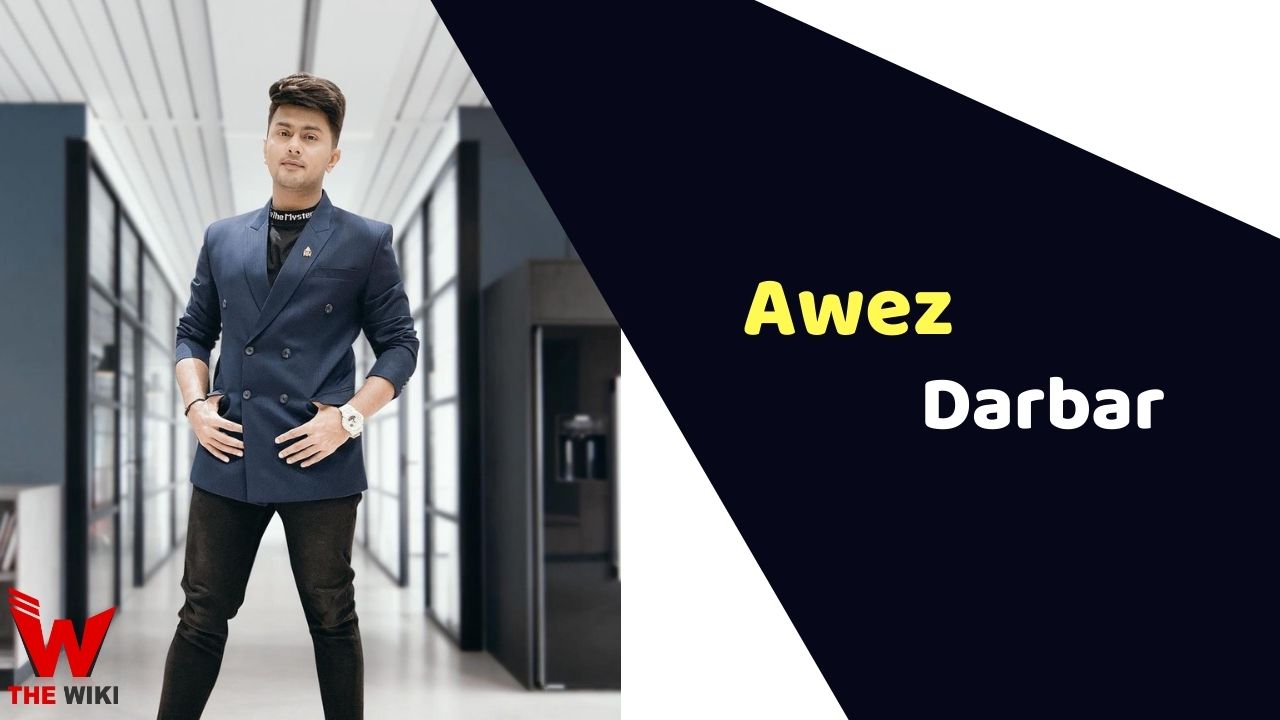 Awez Darbar is a Indian social media influencer and choreographer. He becomes overnight sensation and popular with social video platform TikTok. He gained popularity with his short videos on social media and his quirky style of dancing.

Awez Darbar was born on 16 March 1993 in Mumbai, Maharashtra. His father Ismail Darbar is a famous music director and singer while her mother’s name is Farzana Shaikh. He has three siblings, his brother’s name is Zaid Darbar who is also an actor, and TikToker and and is often seen in Darbar’s TikTok videos. His sister’s name is Moonzarin Darbar and Anam Darbar who also makes various types of videos on social media platforms.

Darbar started his career with YouTube platform by making and uploading dance videos. He has two YouTube channels, Awez Darbar and BYOU IN. He is also co-founder of a dance academy ‘B YOU Academy’ alongwith brother Zaid Darbar, situated in Mumbai.

In 2018, Darbar got immense popularity with social platform Tiktok, His emotional videos had gone viral on internet. He had more than 20 million followers on TikTok before ban by Government of India.

Awez Darbar is currently in relationship with Nagma Mirajkar, a highly popular Tiktoker. They both have collaborated countless times on TikTok. Their romantic short videos on social media are adorable and loved by people.

Some Facts About Awez Darbar

If you have more details about Awez Darbar. Please comment below we will updated within a hour.