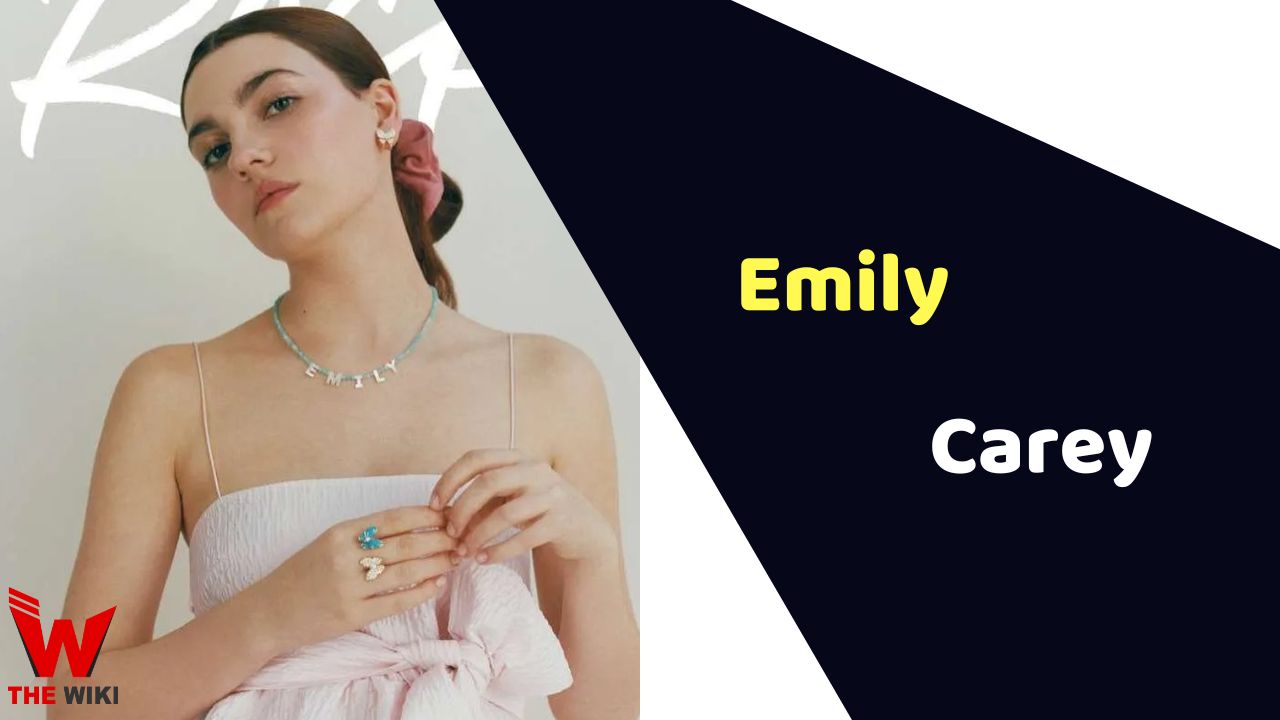 Emily Carey is an British actress and model. She is best known for her performance as Alicent Hightower in HBO fantasy television series House of the Dragon. She also played lead characters in Casualty and Get Even. In addition, Carey also got chance to work in films like Wonder Woman, The Lost Girls and Tomb Raider.

Emily Carey was born on 30 April 2003 in London, England. Her mother’s name is Sarah MacDonnell who is owner of Ardent Talent, a UK based Boutique talent agency for children and young performers.

Emily started her acting career at the age of 9 through theatre. She was first appeared in Shrek The Musical at The Theatre Royal followed by as Marta Von Trapp in The Sound of Music at Regent’s Park Open Air Theatre, directed by Rachel Kavanaugh. The plays was nominated for ‘Best Musical Revival’ at the 2014 Olivier Awards.

In 2014, Emily was selected for the lead role of Grace Beauchamp in British medical drama series Casualty aired on BBC One. She subsequently appeared in Houdini and Doyle as Mary Conan Doyle, Turn Up Charlie as Bea and Get Even as Mika.

Besides television, Emily also acted in Gal Gadot starrer 2017 film Wonder Woman, portrayed the role of 12-year-old Diana. Later she was casted for Tomb Raider and The Lost Girls. In 2022, Emily worked in HBO’s popular television series House of the Dragon as Young Alicent Hightower.

Some Facts About Emily Carey