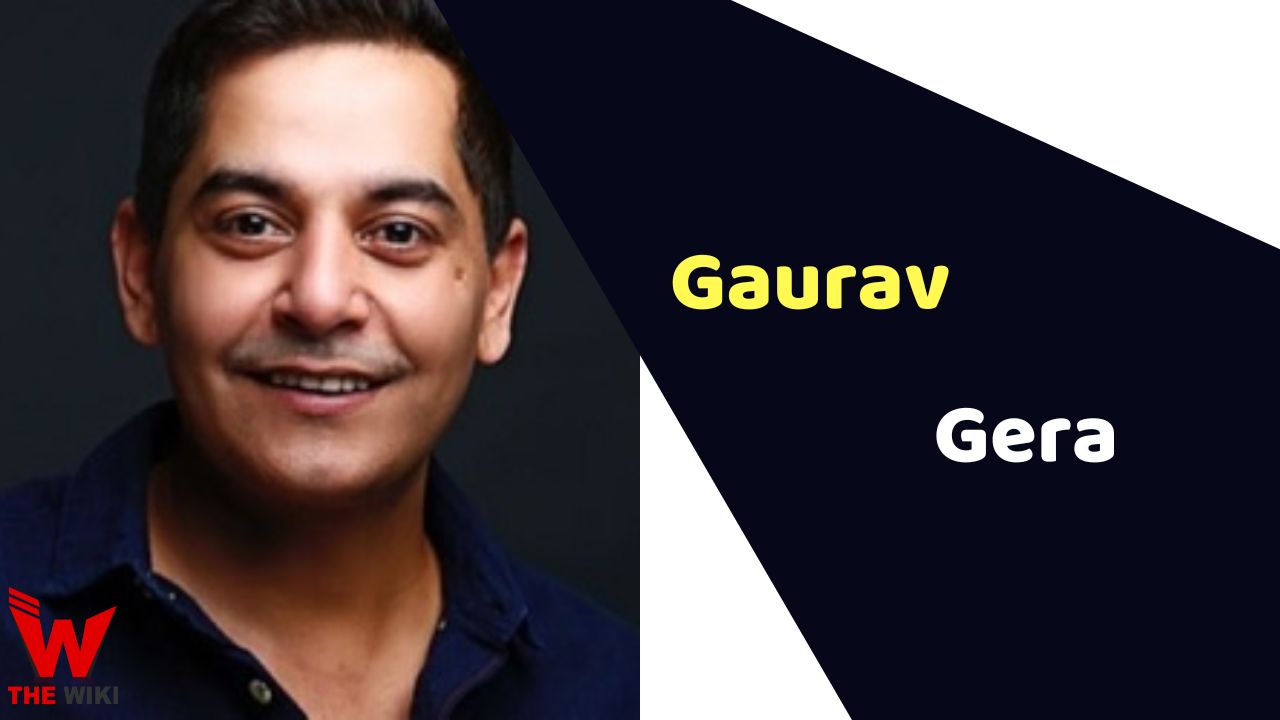 Gaurav Gera is an Indian comedian and actor who has acted in many movies and TV shows. He has worked in Bollywood films like Jhumroo, Chalo Dilli, The Shaukeens and Baadshah. Gera is known for his role as Nandu in TV show Jassi Jaisi Koi Nahin.

Gaurav Gera was born on 23 September 1973 in Mahendragarh, Haryana to a Hindu family. He has completed his schooling at Bal Bharati Public School.

Gaurav started his career and gained popularity through the serial Life Nahin Hai Laddoo in 2001, which aired on Star Plus, followed by his supporting character of Nandu in Jassi Jaisi Koi Nahi in 2006 where he starred with Mona Singh. He has also worked with famous TV serials such as CID (2003), Babban Bhai v/s Bimla Tai (2008), Baat Hamari Pakki Hai(2009), and Mrs. Pammi Pyarelal (2013), and Boss: Baap of Special Services” (2019), as Jagdish.

In 2016 Gaurav participated in Jhalak Dikhla Ja 9 as a contestant but was eliminated after two weeks, Along with this he also played Tota Ram Tiwari’s role in SAB TV’s popular show Tota Weds Maina.

In 2004, Gaurav got a chance to work in the romantic film Kyun…! Ho Gaya Na, directed by Samir Karnik and produced by Bony Kapoor. Later in the year 2008, he was seen in the movie Dasvidaniya where he played the character of Vivek. He has given many cameo appearances in the movie like Challo Dilli, Mera Phela Pehla Pyaar, MSG: The Messenger etc.

Some Facts About Gaurav Gera

If you have more details about Gaurav Gera. Please comment below we will update within an hour.