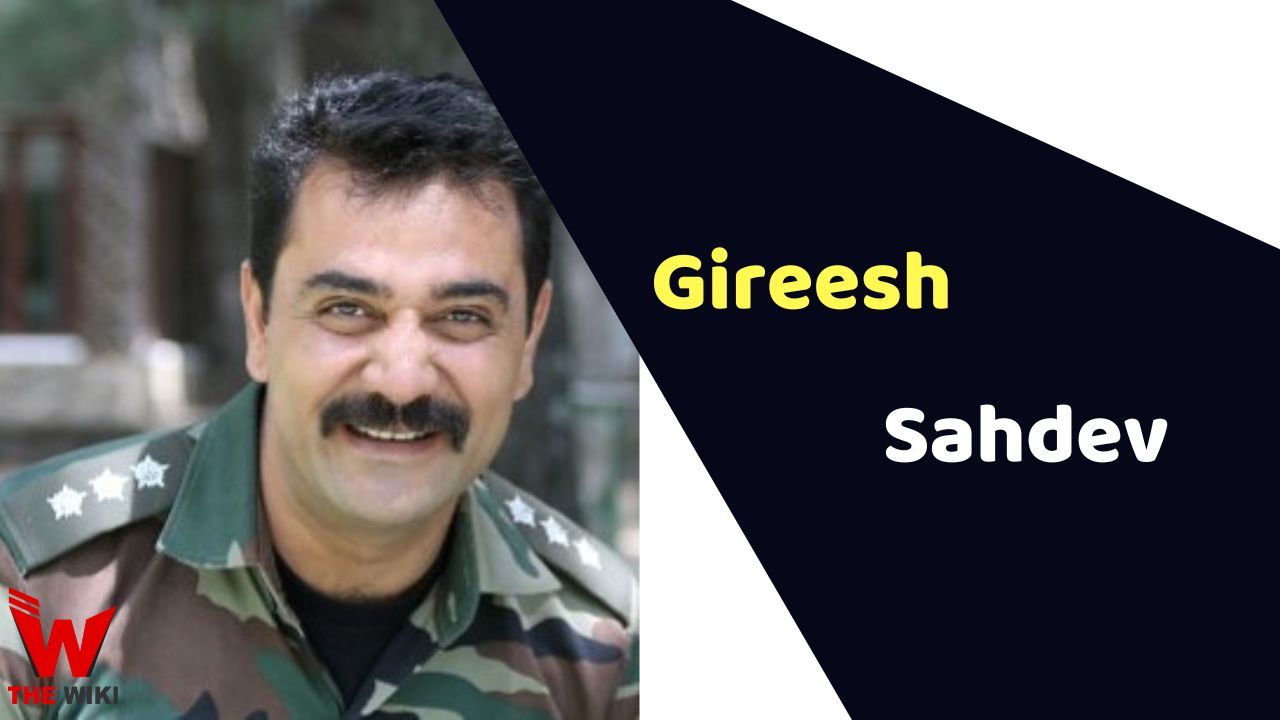 Gireesh Sahdev is an Indian film and television actor who appears in Hindi films and serials. He is best known for his roles in Best of Luck Nikki (2011-16), and his role as Parminder in the Indian sitcom Instant Khichdi (2005). He has also appeared as a supporting actor in several films including Khichdi: The Movie (2010) Jab Tak Hai Jaan (2012), Dabangg 2 (2012) and many more.

Gireesh Sahdev was born on 6 September 1976 in Delhi and settled in Mumbai. His brother Piyush Sahdev and sister Meher Vij are also actors. His brother in law Manav Vij is also an actor. He is married to Priyanka Bajaj Sahdev on 19 October 2001. The couple is blessed with two daughters.

Gireesh did his schooling at Adarsh Model School in Delhi and he graduated from Delhi College of Arts and Commerce in Delhi.

Gireesh started his career with the TV serial named 1857 Kranti in the year 2002, which was an Indian historical drama that aired on Doordarshan National. Later in the year 2003, he appeared in the Star Plus show Khichdi where is got famous for his role of Parminder which got followed by Instant Khichdi (2003-2004) and Khichdi : The Movie (2010). He appeared in many other television show like Best of Luck Nikki (2011-16), Aladdin Naam Toh Suna Hoga (2018-20), and many more.

Gireesh debuted in the movie industry with the Children’s movie Return of Hanuman in the year 2007 where he played the role of Professor Antariksh. He is also appeared in Khichdi : The Movie, based on Star Plus India TV serial Khichi. He also appeared in many other movies like Ramaiya Vastavaiya (2013), Dabangg 2 (2012), Jab Tak Hai Jaan (2012) and many more. He also gave his voice in the film titled Beauty and the Beast for the character Gaston in the year 2009.

Some Facts About Gireesh Sahdev

If you have more details about Gireesh Sahdev. Please comment below we will update within an hour.