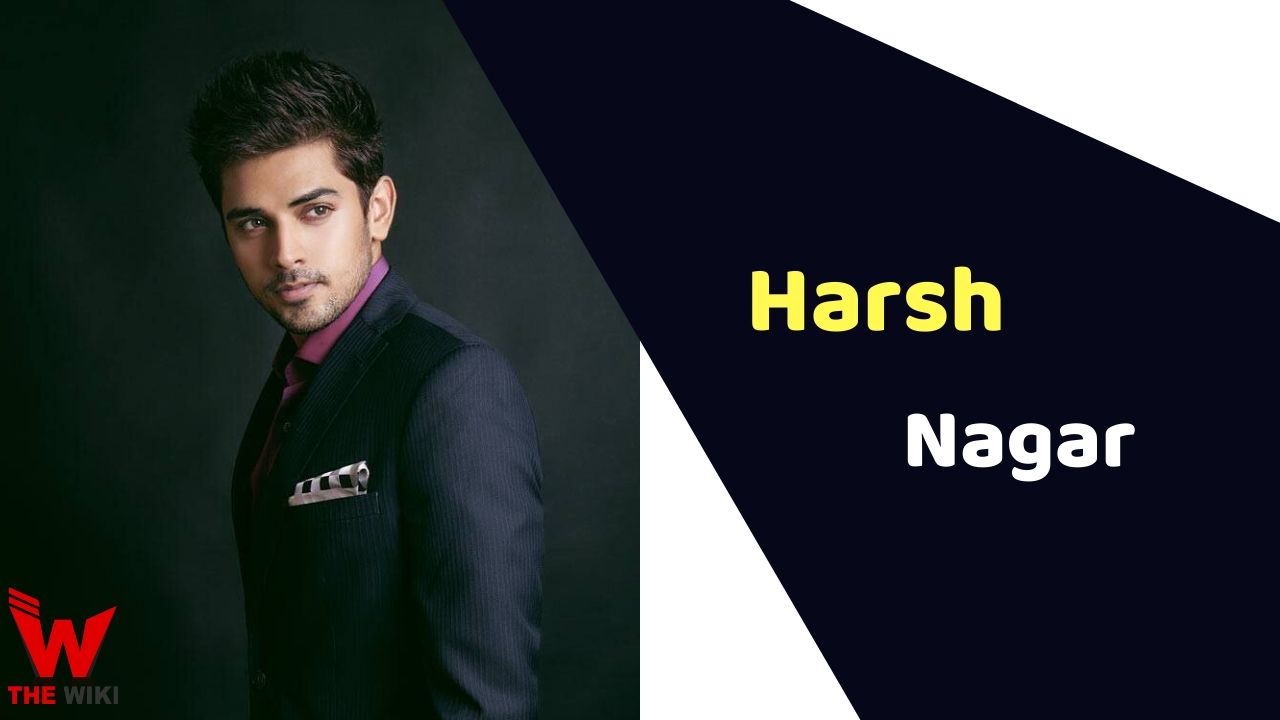 Harsh Nagar is an Indian film and television actor. He is known for the films Love Day – Pyaar Ka Din, Mujhse Fraaandship Karoge and Always Kabhi Kabhi. Apart from films, Harsh was also featured in some television shows such as Saath Nibhaana Saathiya 2 and Kartik Purnima. He has been active in the acting industry since 2011.

Harsh Nagar was born in New Delhi, India. His father Bharat Nagar is a lawyer of a well known actor of the country, Amitabh Bachchan. Harsha belongs to a Nagar Gurjar family. His family includes names like famous politician Surendra Singh Nagar and Lakhi Ram Nagar. Harsh had dreams of going into the field of acting since childhood. After completion of studies, he came to Mumbai to pursue a career in acting. In Mumbai, he taught acting under Anupam Kher and Barry Jones.

After getting an education in acting, Harsh started his career with the film Always Kabhi Kabhi in 2011. Harsh played an important role in this film. After this film, he got a chance to work in many Bollywood films like Mujhse Fraaandship Karoge, Love Day – Pyaar Ka Din, 498A: The Wedding Gift. During this time he was also active in the world of television commercials. He has worked in approx 80+ commercials.

Apart from films, Harsh is also active in the television Industry. he made his television debut as a male lead in 2020 with the serial Kartik Purnima. After that he also featured in Star Plus popular TV show Saath Nibhana Saathiya 2.

Harsh married Tanvi Vyas on 12 December 2018 in Vadodara, Gujarat. Tanvi won the Femina Miss India Earth title in 2008. Apart from this, she has acted in the Tamil film Eppadi Manasukkul Vanthai. Talking about Hindi film, she has appeared in
A Scandall in 2016. It is said that Tanvi and Harsh first met in 2009 during an acting course.

Some Facts About Harsh Nagar

If you have more details about Harsh Nagar. Please comment below we will updated within a hour.