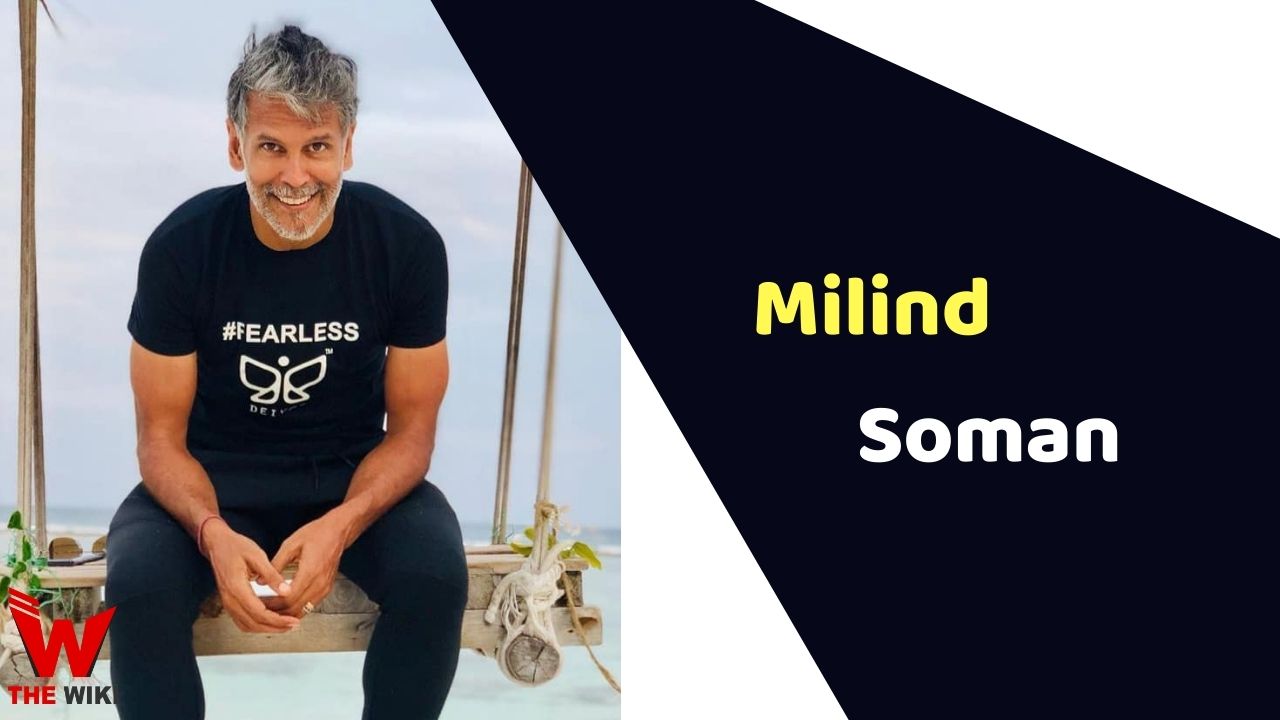 Milind Soman is an Indian model, actor, businessman and fitness promoter. He is popular as first supermodel of India. Milind has appeared in many movies and featured in a reality show India’s Top Model that was premiered on MTV. Soman is a sports and fitness freak person. He also written an autobiography book named Made in India: A Memoir that was published on 4th November 2019.

Milind Soman was born on 4th November 1965 to a Hindu family in Glasgow, United Kingdom to Usha Soman (teacher) and Prabhakar Soman (scientist). He lived there until the age of seven and then moved to India with his family in 1973. Milind belongs to an Indian marathi family. Soman has two elder sisters Netra and Medha, and one younger sister Anupama.

He has done his diploma in Electrical Engineering, but he was not satisfied by his job and started his career in modeling in 1988.  Milind is an athletic person. He is a trained runner and swimmer. Milind has fond of reading books and his favorite author is Bill Bryson.

Milind was the youth icon of the 90s. He enjoys a massive fanbase across the global for his charming looks. He started his modeling career in 1988 and made his Bollywood debut in film with Tarkieb (2000), Marathi film with Gandha: Smell (2009), Swedish/English Agent Hamilton: But Not if it concerns your Daughter (2012).

In 2010, he participated as a contestant in the reality show Fear Factor: Khatron Ke Khiladi (Season 3).

In 2006, Soman married to a French actress, Mylene Jampanoi in Goa. They were married for three years but then in 2008 they decided to part ways and were divorced in 2009. Then he dated Madhu Sapre who is a model, but they broke up. Then he had two more girlfriends Gul Panag and Shahana Goswami.

On 22 April 2018, he married to an Air hostess Ankita Konwar who is 24 years younger than him, in Alibaug, in traditional marathi style.

Some Facts About Milind Soman

If you have more details about Milind Soman. Please comment below we will updated within a hour.