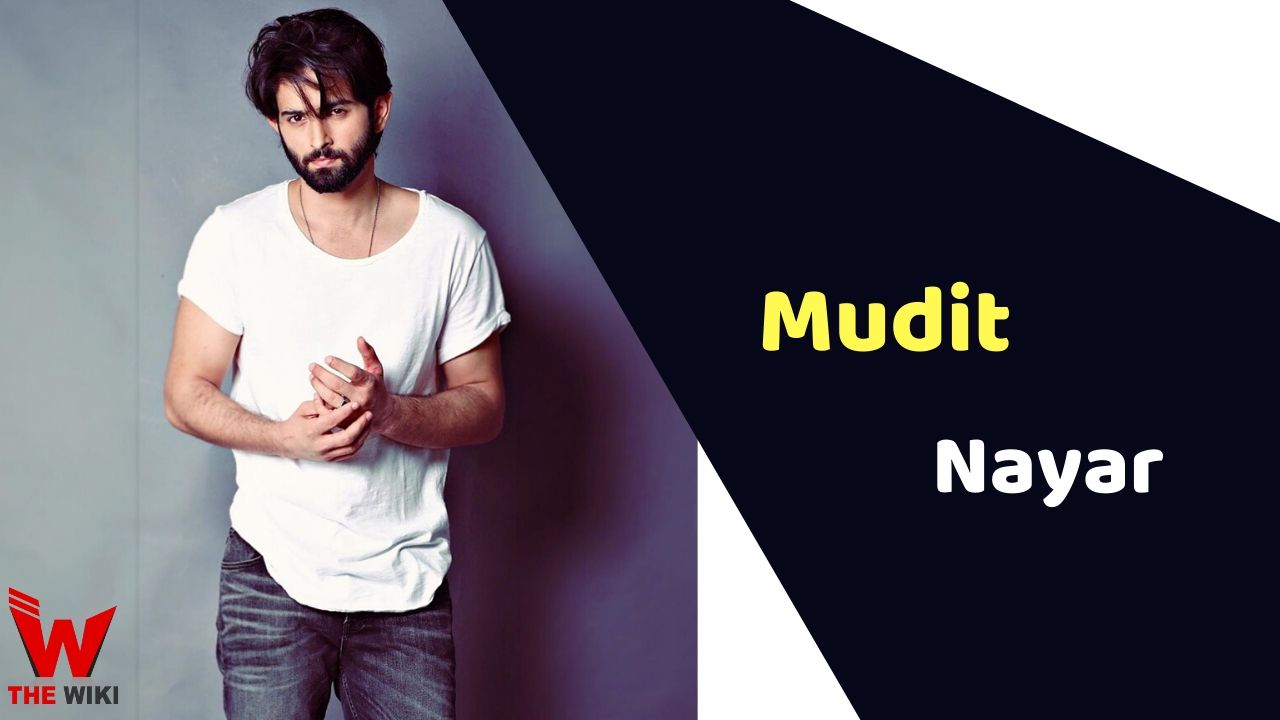 Mudit Nayar is an Indian television actor. He is known for television serials Ishaaron Ishaaron Mein, Devanshi, Badii Devrani, Anamika. Nayar is originally from Allahabad Uttar Pradesh. He started his career in 2009.

Mudit Nayar was born on 3 May 1988 in Allahabad, Uttar Pradesh. His father’s name is Ravinder and mother’s name is Anita Nayar. Apart from him, he also has a brother Sid Nayar in the family. He received his early education from Delhi Public School. He was not good at studies but he was very interested in cricket. Nayar never imagined that one day he would work in the television industry.

After studying college, he moved to Mumbai to earn the fame in the film industry. He took acting training from Barry John. After training, he worked in the television serial Palampur Express. In his debut serial, he played Tanmay Bose. After working in this serial, he appeared in many serial Teri Meri Love Stories, Anamika, Yeh Hai Aashiqui. In 2015, he got a chance to play the lead actor for the first time in the serial Badii Devrani. After this Mudit also appeared in the lead role in Devanshi and Ishaaron Ishaaron Mein Serial.

Mudit Nayar married to lawyer Aparajita Srivastava on 13 February 2018. This marriage was attended by his close friends and relatives.

Some Facts About Mudit Nayar

If you have more Details about Mudit Nayar. Please comment below we will updated within a hour.