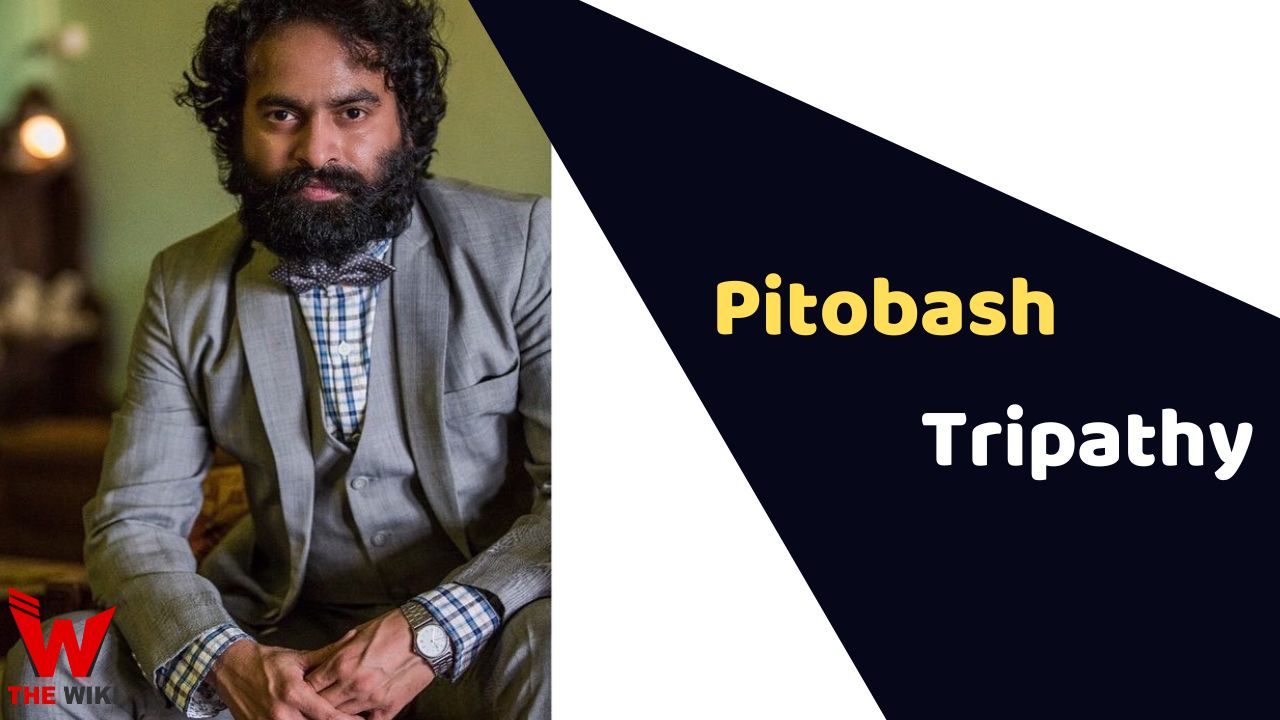 Pitobash Tripathy is an Indian film actor. He is known for Bollywood movies like Shamshera, Once Upon a Time in Mumbai Dobaara, Go Goa Gone, Shor in the City, Total Dhamaal and 3 Idiots. In 2010, Pitobash has also worked in a National Award-winning Odia film Kalira Atita.

Pitobash was born on 1 April 1984 in Nayagarh, Orissa. He is youngest among two sisters and three brothers. His father was a teacher and mother worked for the agriculture department. His older brother Hrusikesh Tripathy is known under the pen name T. Hrusikesh in the world of Oriya fiction literature.  He is an actor as well.

Pitobash finished his schooling from Government High School, Unit 1, Bhubaneswar. He subsequently enrolled in Buxi Jagabandhu Bidyadhar College in Bhubaneswar to complete his higher secondary school. He got Bachelor of Technology degree in 2005 from The Government College of Engineering and Leather Technology in Kolkata. Pitobash has done an acting diploma from the Film and Television Institute of India.

Pitobash made his television acting debut in Oriya serials including Pratibimba, Bhagyabidhata, Panatakani, and others that were shown on the ETV Oriya TV channel. Pitobash made his Bollywood debut in 2009 with Hindi film 99 directed by Raj and D.K starring Kunal Khemu, Boman Irani, Soha Ali Khan and Cyrus Broacha. He then appeared in the film 3 Idiots as Junior 7. After that, he made appearances in Nila Madhab Panda’s films Shor in the City and I Am Kalam. His other notable films like Shamshera, French Biriyani, Total Dhamaal, Begum Jaan and Once Upon a Time in Mumbai Dobaara.

Some Facts About Pitobash Tripathy

If you have more details about Pitobash Tripathy. Please comment below we will update within an hour.