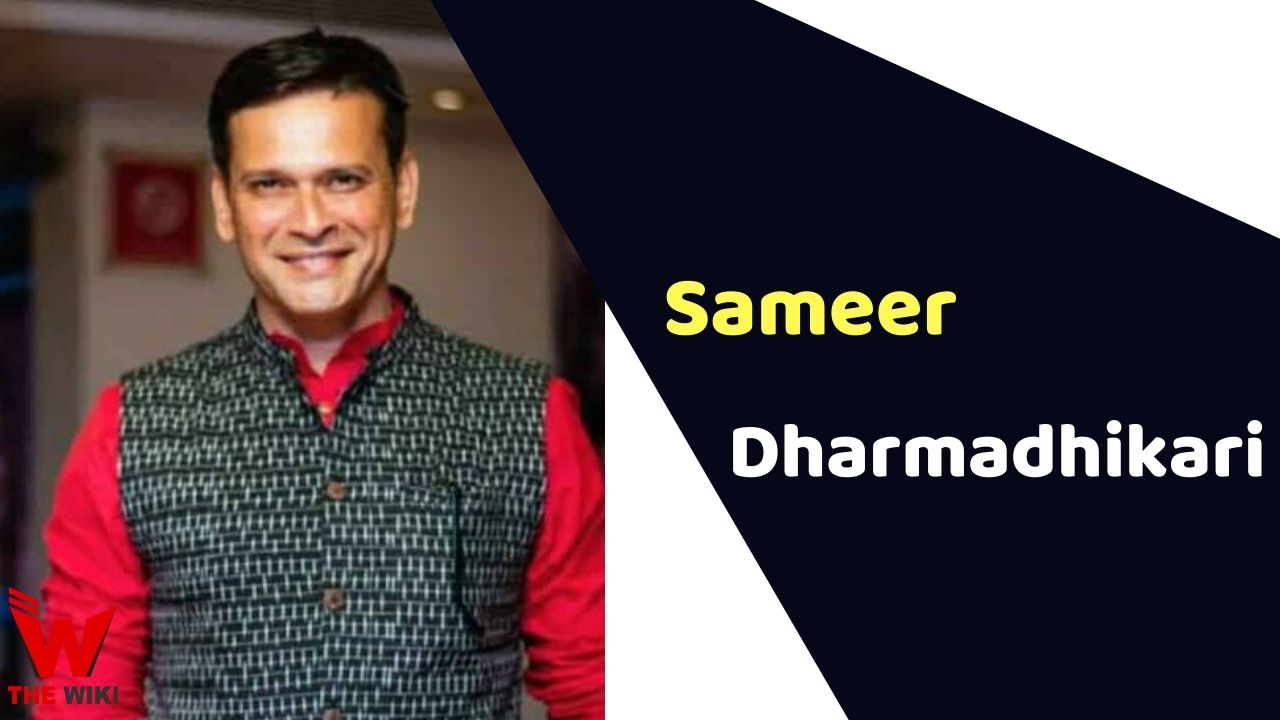 Sameer Dharmadhikari is an Indian television & film actor. He is known for his television shows and movies like Malaal (2019) and Singham Returns (2014). He made his television debut with the serial Vishnu Puran in 2003. Sameer has gained popularity for his roles in Raincoat and Mumbai Meri Jaan. He has won numerous awards for his acting.

Sameer Dharmadhikari was born on 26 September 1978 in Pune, Maharashtra to a middle class Hindu family. Earlier, he had worked as a hydraulic machine designer in Pune. He has also acted several years in theatre. He used to perform in small skits and plays, during his college days.

After shifting to Mumbai, he modelled for various brands like Vimal Suitings, IClCI Bank and Nescafé. He made his Bollywood debut with the film Dil Kya Kare in 1999. He has worked in many films like Quicksand (2002), Satta (2003), Prem Ratan Dhan Payo (2015), Farzand (2018) and many more.

Sameer has also worked in many shows like Jhansi Ki Rani, Buddha, Yeh Rishtey Hain Pyaar Ke etc. Sameer made his Marathi debut with the film Nirmala Machindra Ka in 1999. He also won the National Award for the Best Marathi Film for Nirop.

Some Facts About Sameer Dharmadhikari

If you have more details about Sameer Dharmadhikari. Please comment below we will updated within a hour.