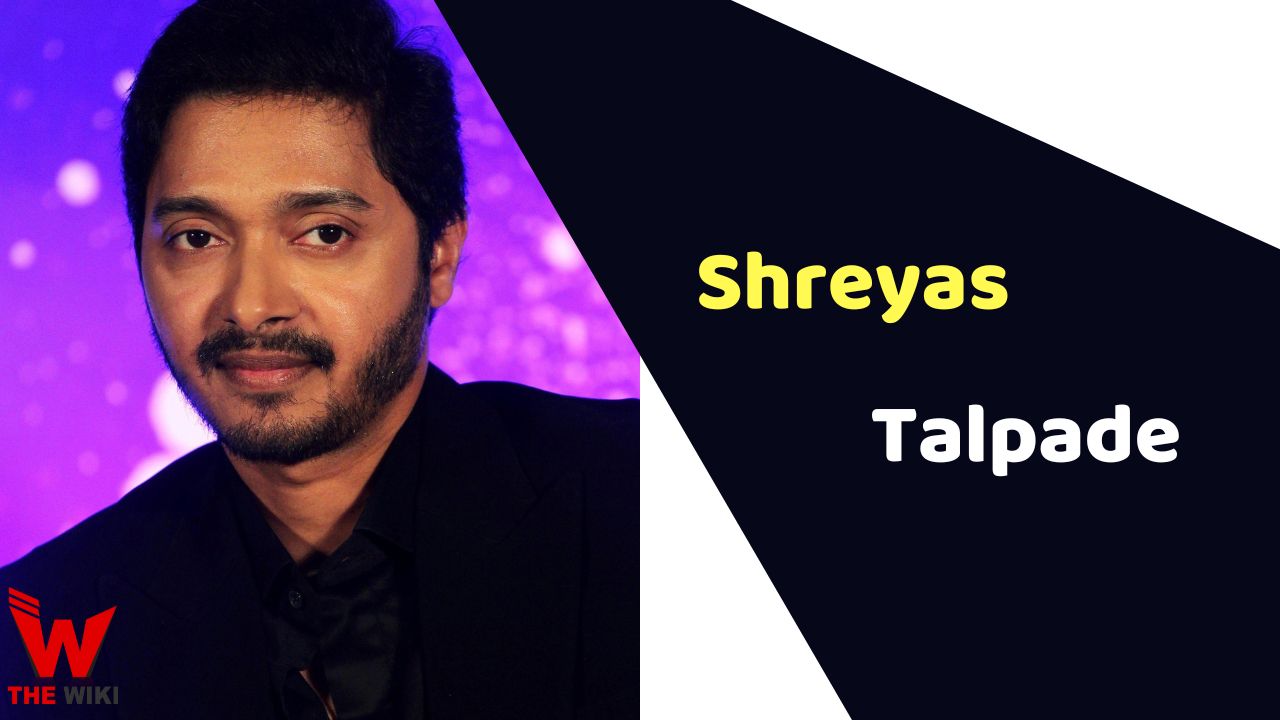 Shreyas Talpade is an Indian actor, director, and producer who works in the Hindi and Marathi cinema industries. He is an award-winning Bollywood actor. He is famous for the role he played in Iqbal for which he received the Zee cinema Award for best actor (2006). Shreyas started his career with the Marathi television show Damini in 1997.

Shreyas Talpade was born on January 27, 1976, in Mumbai, Maharashtra. His father Bhupesh Talpade is the brother of actresses Meena T. and Jayshree Talpade. From a young age, Shreyas was keen on becoming an actor therefore he started doing stage shows and auditioning for soap operas.

Shreyas started his career by playing small supporting roles in Marathi and Hindi television shows. His portrayal of the character Tejas in the very popular Marathi television series Damini (1997–1998) was well-liked by Marathi viewers. He rose to fame with Zee TV Indian horror television thriller Woh (1998), where he played the lead role.

Shreyas also made an appearance on the Doordarshan television Jaane Anjaane (2001). He has acted in many Marathi shows such as Bedhund Manachi Lahar, Ek Hota Raja, Tumcha Amcha Same Asta, Teen Do Paanch, Mazhi Tuzhi Reshumgath, and many more.

Shreyas’ debut in the film industry with the movie Aankhen in the year 2002 was directed by Vipul Amrutlal and starred actors like Amitabh Bachchan, Akshay Kumar, and Sushmita Sen. In 2007, he got appreciation for doing Om Shanti Om where he played the role of Pappu Master, who was SRK’s best friend in the film.

The actor is married to Deepti Talpade on 31 December 2004. Deepti is a clinical psychologist and consultant for schools and businesses. She is also a freelancer. He met his wife Deepti Talpade while attending a college function where Deepti was general secretary. The couple is blessed with one girl child named Aadya.

Some Facts About Shreyas Talpade

If you have more details about Shreyas Talpade. Please comment below we will update within an hour.