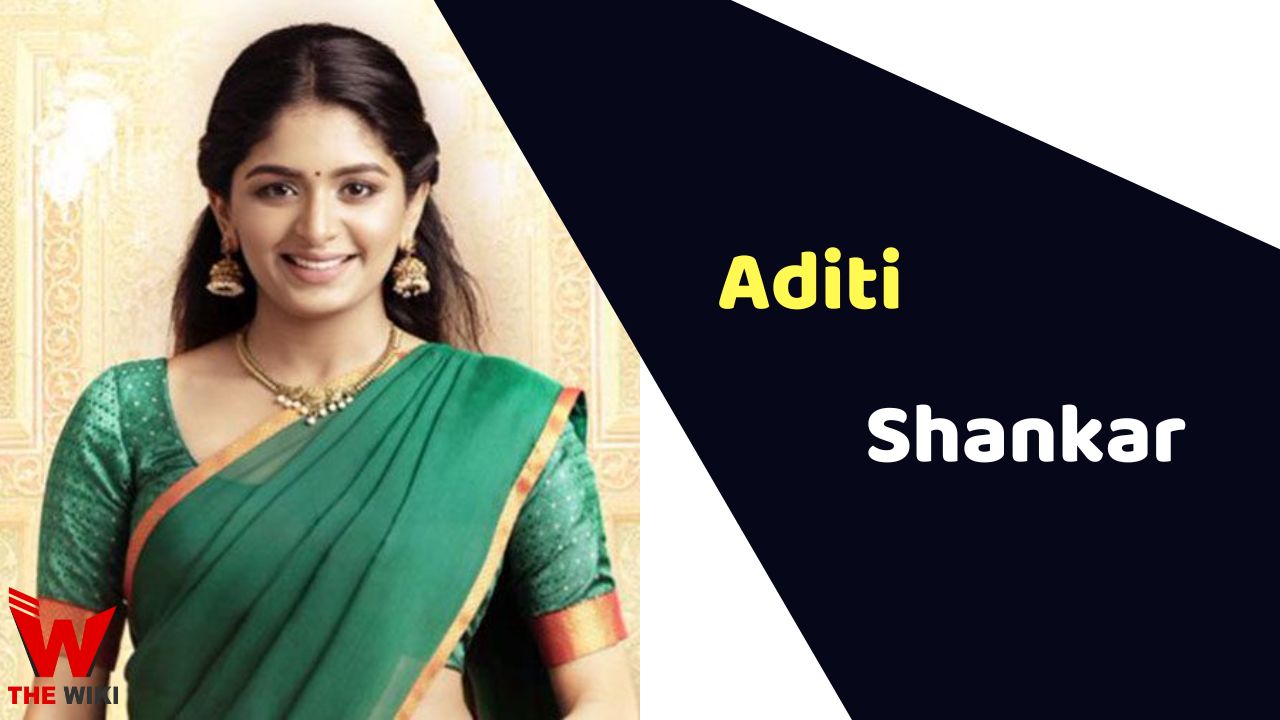 Aditi Shankar is an Indian actress who mainly works in Tamil film industry. She is best known for two films named  Maaveeran and Viruman. She is the youngest daughter of ace director Shankar. Besides acting, she is also a professional singer.

Aditi Shankar was born on 19 June 1993 in Chennai, Tamil Nadu. Her father’s name is Shankar he is an ace director. Her mother’s name is Easwari Shankar. She has two siblings named Aishwarya Shankar and Arjith Shankar.

Aditi did her schooling at a local school in Chennai. After that, she completed her MBBS degree from the Shri Ramchandra Institute of Higher Education and Research.

After MBBS, Aditi began her acting career and got interested in that field. She made her acting debut in a film Viruman (2022) written and directed by M. Muthaiah. She played the role of Thenmozhi alongside Karthi. Her other popular film is Maaveeran.

Some Facts About Aditi Shankar

If you have more details about Aditi Shankar. Please comment below we will update within an hour.