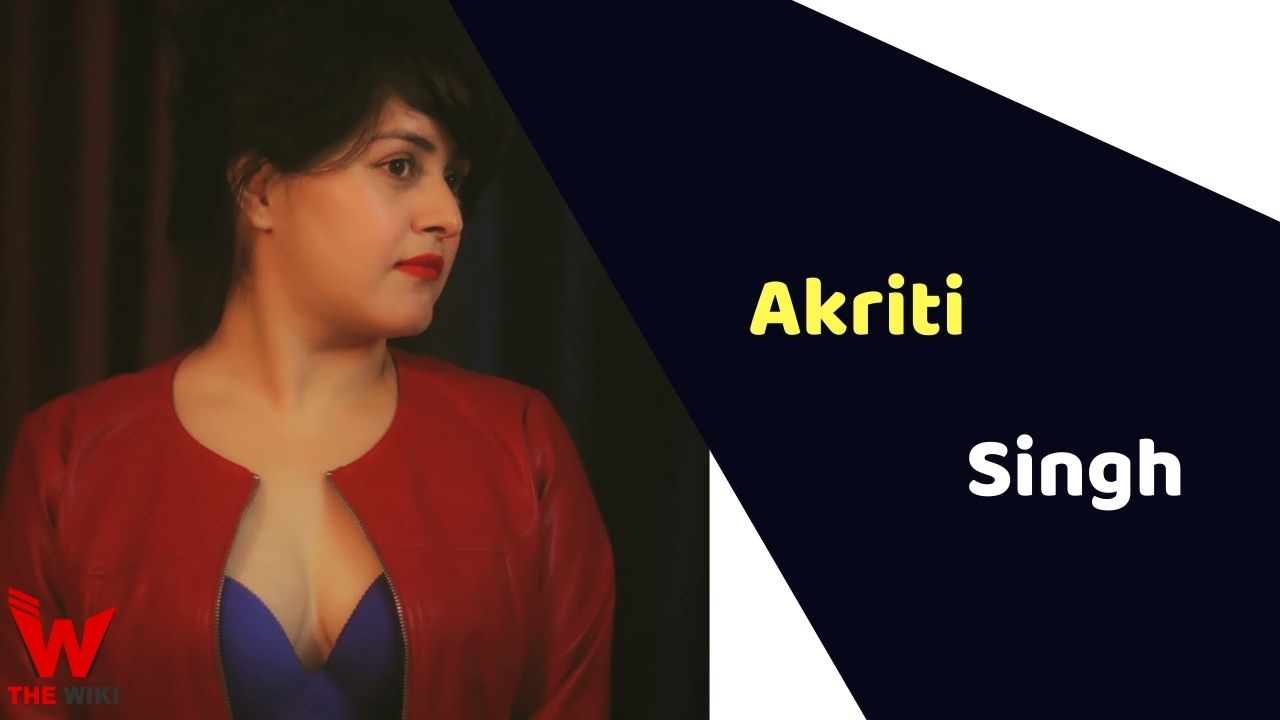 Akriti Singh is an Indian actress, director, and producer. She has worked in films like Toofan Mail (2021), Har Kisse Ke Hisse: Kaamyaab (2018), and Bank Chor (2017). She made her directorial debut with Toofaan Mail in 2021.

Akriti Singh rose her career with the television comedy series Mrs. & Mr. Sharma Allahabadwale as Ragini Sharma, aired on SAB TV in 2010. The show pays tribute to the comic spirit and life of a little town. She got featured in the TV drama show Har Kisse Ke Hisse: Kaamyaab as a TV host in 2018. In 2020, she starred in the web thriller series Breathe: Into the shadows as Meera Sabharwal.

Akriti got cast in the 2013 drama movie Zara Sambhal Ke as a supporting actor. Within few years, she played several supporting roles in films like Bank Chor, Kaamyaab and Pappu’s Path. In 2019, she starred in the drama-romance movie Photograph as Lata in 2019. The story is about an ailing street photographer in Bombay. She directed, produced, and acted in a drama movie Toofan Mail as Queen Alamaara The Second in 2021.

Some Facts About Akriti Singh

If you have more details about Akriti Singh. Please comment below we will updated within a hour.