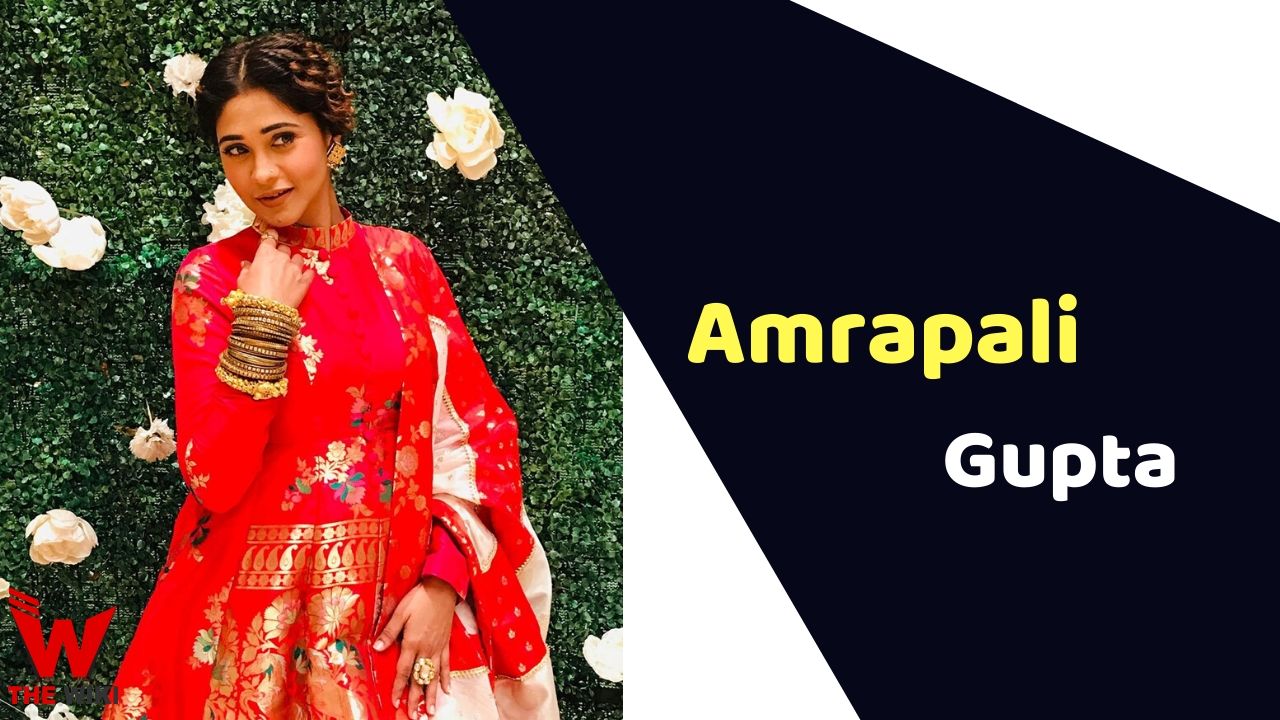 Amrapali Gupta is an Indian television actress. She is known for serials like television shows Qubool Hai, Adhuri Kahaani Hamari, Tujhse Hai Raabta and Tujh Sang Preet Lagai Sajna. She started her career with the show Ssshhhh … Koi Hai in the year 2002.

Amrapali Gupta was born on 20 December 1988 in Lucknow, Uttar Pradesh. Her father was posted in a collectorate in Lucknow, he has now retired. She also has two sisters, Megha Gupta and Additi Gupta in the family. Both are famous actresses. She received her early education from Nari Shiksha Niketan in Kaiserbagh. During schooling, she started doing plays with Puneet Asthana. She learned acting from them. Gupta got a chance to work in a BJP campaign. After which she moved to Mumbai in 2001 to pursue a career.

Amrapali started auditioning for television shows as soon as she came to Mumbai. She got a chance to make her television debut with the TV show Ssshhhh … Koi Hai. TV shows like Khushiyan and Shaka Laka Boom Boom establish her in the TV industry. She has featured in supporting roles in many television shows. Gupta is known for her portrayal of Billo Rani (Qubool Hai) and Bindiya Rohit Gheewala (Teen Bahuraaniyaan).

Amrapali is married to Yash Sinha, the co-star of the show ‘Teen Bahu Raniyan’. They first time met each other on the set of ‘Teen Bahu Raniyan’. Amrapali says “I have enjoy your every phase of life. I am currently enjoying Motherhood. when Kabir was born, I took a break from work. he is two and a half years old, so now i can work. “

Some Facts About Amrapali Gupta

If you have more details about Amrapali Gupta. Please comment below we will updated within a hour.