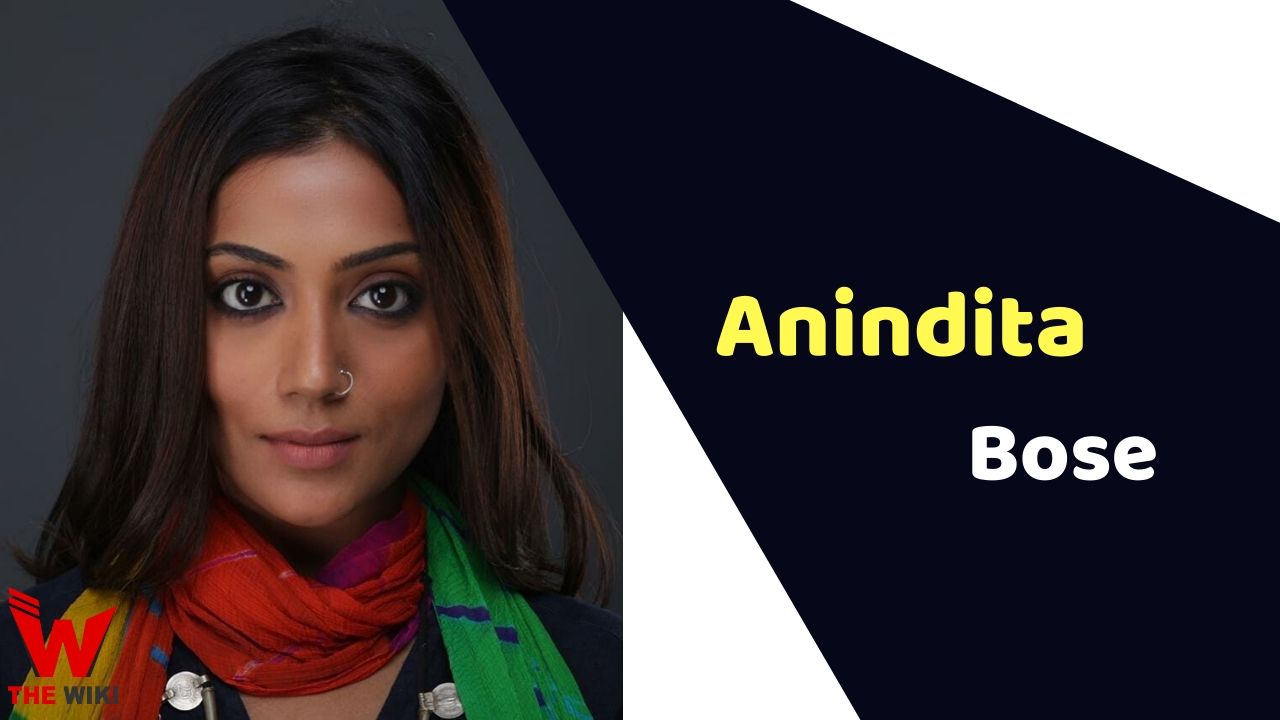 Anindita Bose is a Bengali film and television actress, she is known for television shows Gaaner Oparey, Bou Kotha Kao, Ghore Pherar Gaan, Raadha, Kanamachi, Adwitiya etc. She started her television career through television serials, after which she got a chance to work in films and web series as well.

Bose was born on 10 April 1986 in Kolkata, West Bengal. She was fond of acting since childhood. After completing her studies, she got a chance to make a debut with the television show Gaaner Oparey. After this show, she was seen working in several television shows. In 2012, Anindita made her debut in Bengali films with Clerk. Bhooter Bhabishyat film established her in the film industry. Later she appeared in several popular films Jaani Dyakha Hawbe (2011), Hemlock Society (2012), Khasi Katha– A Goat Saga (2013), Guti Malhar (2016).

Anindita Bose was married to actor Gourab Chatterjee, but both of them separated soon after their marriage. She is currently in a relationship with Bengali film actor Saurav Das, both are going to get married soon.

Some Facts About Anindita Bose

If you have more details about Anindita Bose. Please comment below we will updated within a hour.