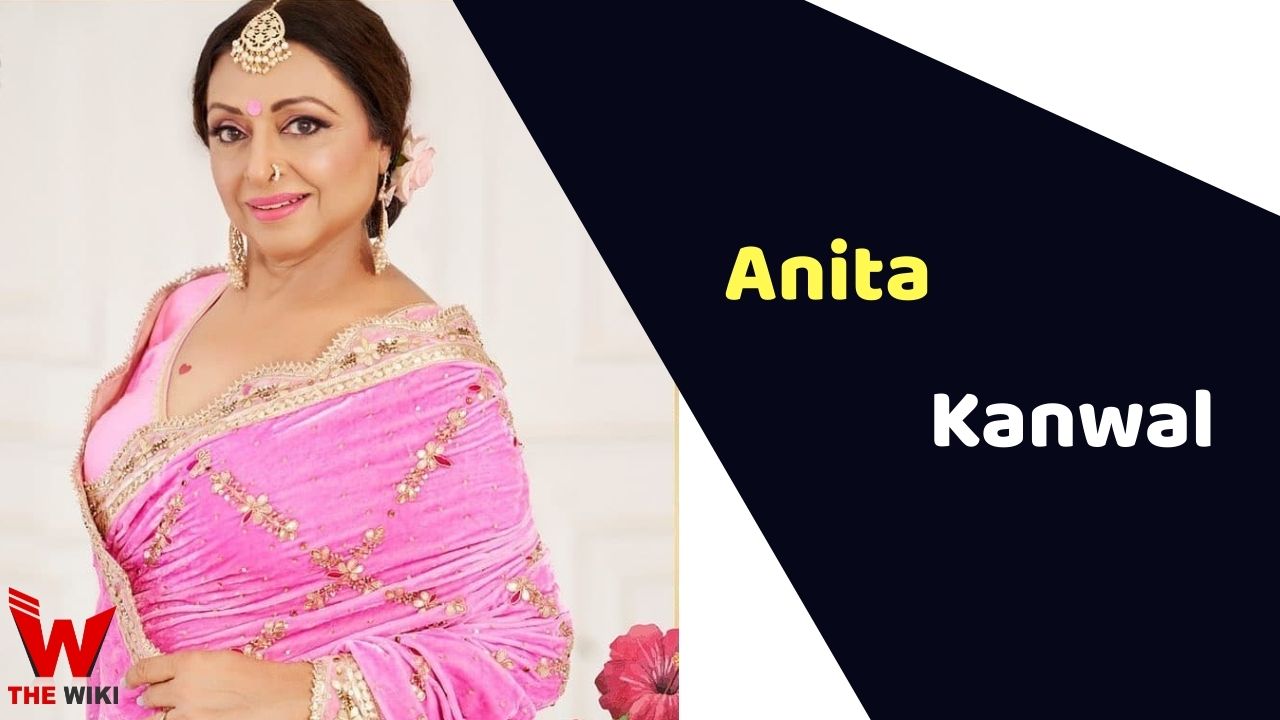 Anita Kanwal is an Indian television and film actress and producer. She is most famous for playing a negative role in the serial Banegi Apni Baat as Mrs. Seth which was aired on Zee TV in 1990. She is also known for Chankya, Geetanjali, Just Mohabbat, Sonpari, Sasural Genda Phool, Ring Wrong Ring, and Yeh Rishta Kya Kehlata Hai.

Anita Kanwal was born on 9 April 1954 in Lucknow, Uttar Pradesh. She completed her graduation from Lady Shri Ram College For Women, New Delhi. She has done Honours in Philosophy.

Anita began her career with the historical-drama television serial Chanakya as Subhada (a spy in Taxila) in 1991. She appeared in the Zee TV drama serial Banegi Apni Baat as Mrs. Seth in 1995. The purpose of the series was academic life. In the same year, she featured in the series Shanti as Indu Singh on DD National in 1995. In 1998, she acted in the Sony Entertainment’s TV show Just Mohabbat as Sumedha.

From 2000 to 2004, she starred in the children’s fantasy-adventure serial Sonpari as Mrs. Dhillon aired on Star Plus. The story is about a girl named Fruity receiving a magic ball. She played the role of Ritu’s mother in the comedy-drama serial Hari Mirchi Lal Mirchi in 2005 aired on DD National.

Anita made her debut with the romantic film Geetanjali in supporting role of Sagar’s elder sister in the year 1993. Later she played the role of Chris’s mother in the movie Kabhi Haan Kabhi Naa. She was a part many of popular movies like Laawarris, Pyaar Ishq Aur Mohabbat, Mujhse Dosti Karoge, Gangaajal, Kyon etc.

Some Facts About Anita Kanwal

If you have more details about Anita Kanwal. Please comment below we will updated within a hour.