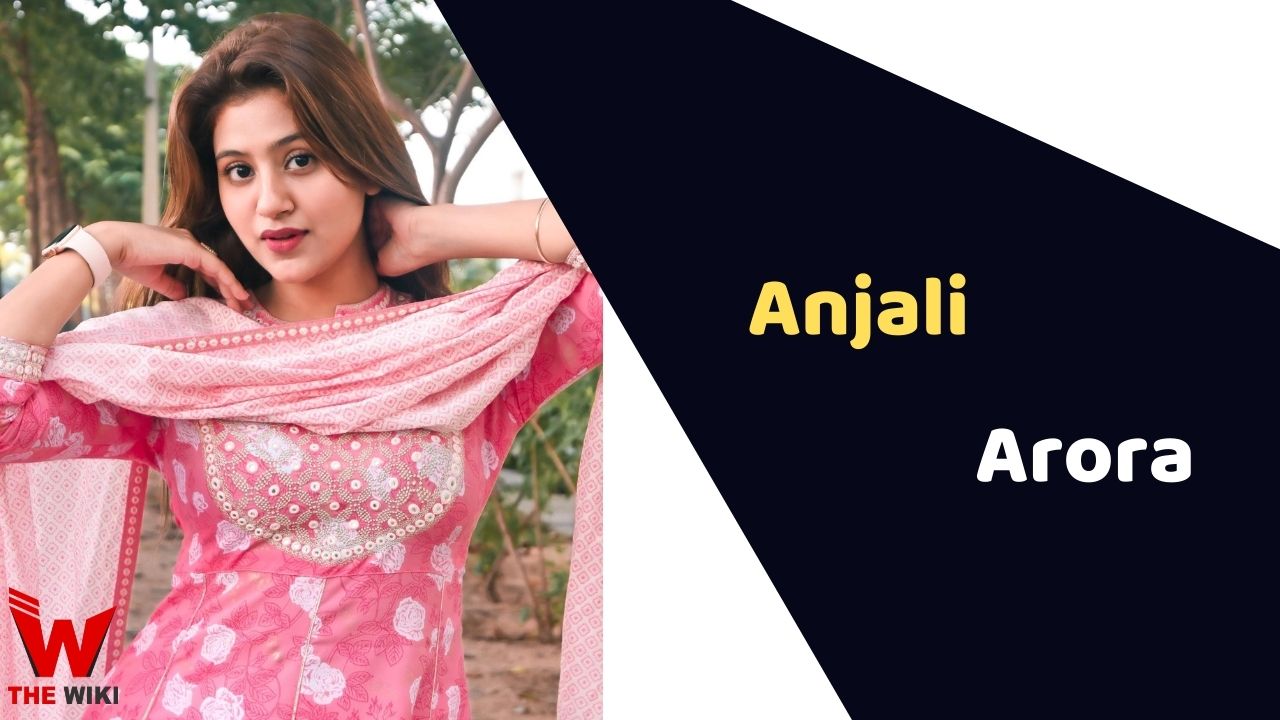 Anjali Arora is an Indian actress, model, dancer and social media influencer. She is famous for performing in several hit Punjabi songs, including Temporary Pyar, Tere Bargi – Diler Kharkiya, Aashiq Purana, and PAUNE 12. In 2022, she participated as a contestant in Kangana Ranaut’s first television show Lock-Up in 2022.

Anjali Arora was born on 3 November 1999 in Delhi, India. Her father’s name is Ashwani Arora, and her mother’s name is Shelly Arora. She has a sibling named Abhishek Arora. She loves theater and modeling from childhood and in pursuit of her acting career, she began modeling at an early age.

Anjali became famous after posting a dance video on her Instagram in which she got seen dancing on the viral track Kacha Badam. She has gained over 10 million followers on her social networks after the video appeared on the Internet.

In 2021, Anjali got included in several successful songs in Punjabi and performed alongside Ravinder Singh famously known as Kaka, for songs like Temporary Pyar and Aashiq Purana. Her songs have been streamed more than 350 million times on YouTube. In addition to Punjabi songs, she has appeared in several Hindi and Haryanvi clips, including Oh Humnasheen, Shayad Fir Sem, and many others. She starred in a song by Zee Music Company Oh Humnasheen with Pranay Jha, which was performed by Rashid Khan in 2022.

Anjali Arora is currently in relationship with businessman Aakash Sansanwal. They often spotted together by Bollywood paparazzi.

Some Facts About Anjali Arora

If you have more details about Anjali Arora. Please comment below we will updated within a hour.