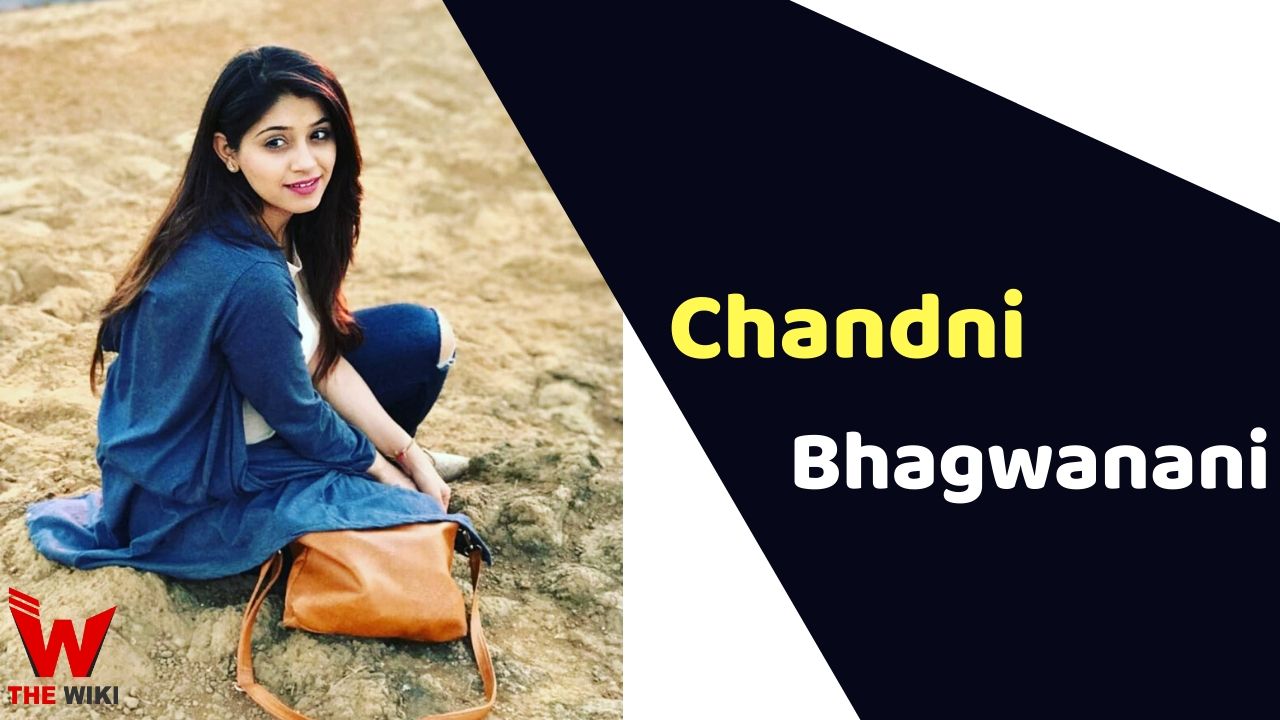 Chandani Bhagwanani is an Indian television actress. She is famous for television shows like Sanjivani, Roop, Mahakali – Anth Hi Aarambh Hai etc. She started her career with the TV show Kohi Apna Sa at the age of 6, later she replaced Hansika Motwani in the serial Kyunki Saas Bhi Kabhi Bahu Thi.

Chandani Bhagwanani was born on 21 April 1995 in Mumbai, Maharashtra. She belongs to a middle-class Hindu family. Her father Vinod Bhagwanani is a businessman. She also has a younger brother Himanshu in the family. Chandani started working in television shows at a young age. That is why she did not give enough time to studies. Chandani has completed graduation in Mass Communication from Mumbai University.

At the age of 6, Bhagwanani made her television debut as a child artist in the TV show Kohi Apna Sa. She gained fame in the television industry from the Star Plus TV show Kyunki Saas Bhi Kabhi Bahu Thi. She featured as Bavri Virani in the show. Hansika Motwani played this role before her. After this show, she has worked in many television shows such as Tere Liye, Amita ka Amit, Santoshi Maa and Sanjivani in many popular shows. She has been active in the television industry for almost 2 decades and has done more than 20 TV shows.

Some Facts About Chandni Bhagwanani

Nope… Couldn't do it.. I tried and tried .. Books aren't my friendd.. To know what happened next .. please check out my next Instagram story …

If you have more details about Chandni Bhagwanani. Please comment below we will updated within a hour.