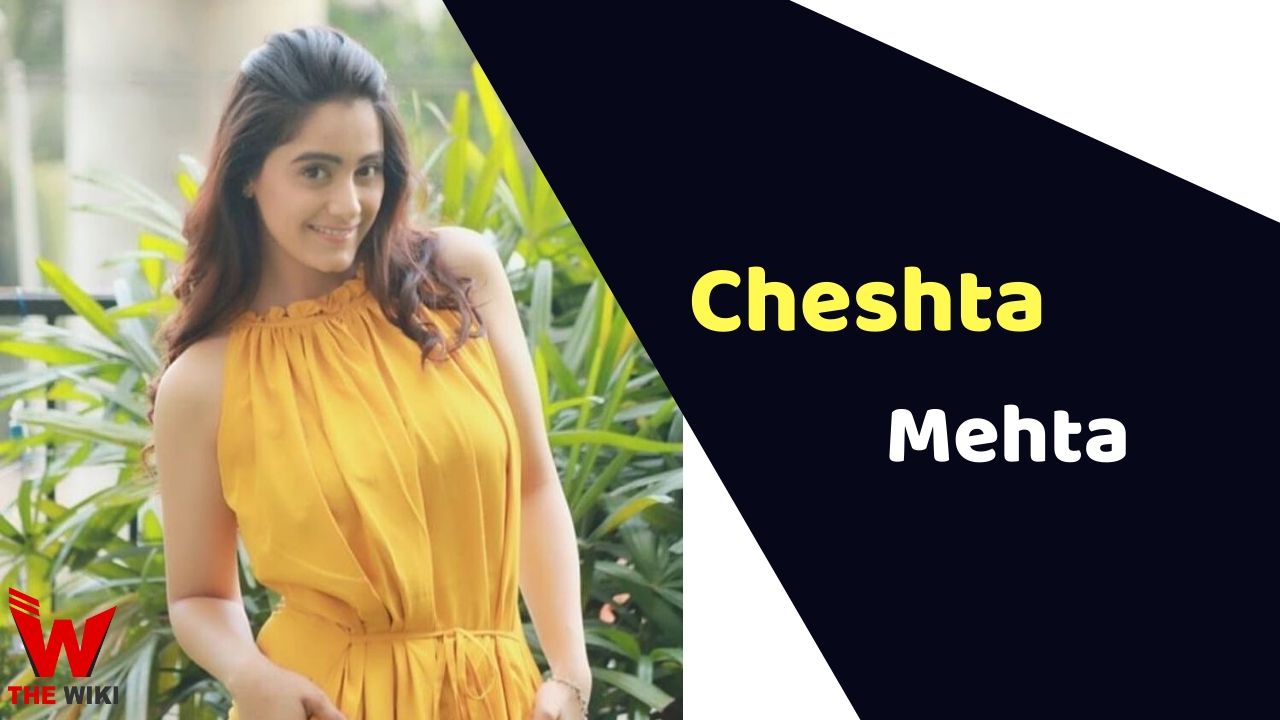 Cheshta Mehta is an Indian television actress, she is known for the television show Devon Ke Dev … Mahadev, Tenali Rama and Sinhasan Battisi. She is originally from Surat, Gujarat and active in the television industry since 2013.

Cheshta Mehta was born in Mumbai, Maharashtra. She has fond of dancing and acting since childhood. She started her career with the serial Ladies Special in 2008. After this show, she has worked in many televisions such as Chhanchhan, Devon Ke Dev … Mahadev, Tenali Rama, Sinhasan Battisi, Rumm Pumm Po, Kunwara Hai Par Hamara Hai. In 2020, she appeared in SAB TV show Tenalirama in which she played the role of Charulata.

Some Facts About Cheshta Mehta

If you have more details about Cheshta Mehta. Please comment below we will updated within a hour.