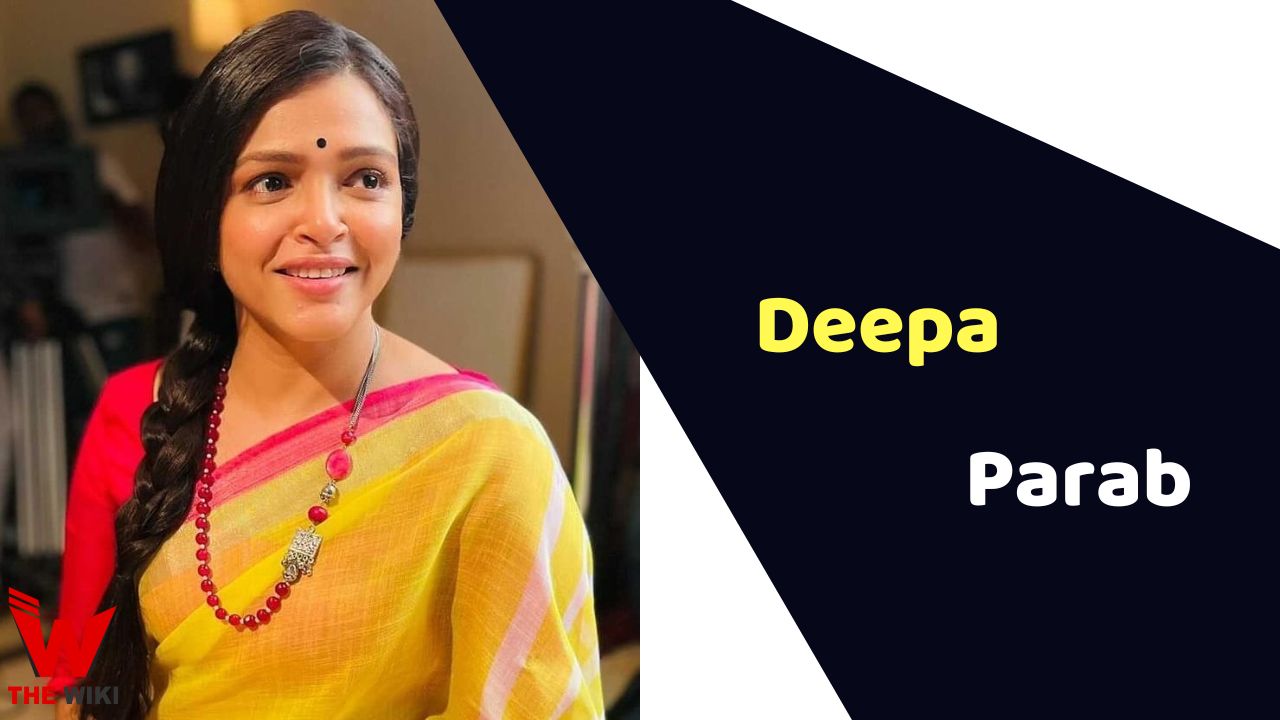 Deepa Parab is an Indian film and television actress who works in Marathi and Hindi industry.  She is best known for playing in television serials Thodi Khushi Thode Gham, Miit, Raat Hone Ko Hai, Shaurya Aur Anokhi Ki Kahani and Tu Chal Pudha. She appeared in many commercials too.

Deepa Parab was born on 31 October 1974 in Mumbai, Maharashtra. He did her schooling from Mumbai and later completed her graduation from Maharishi Dayanand College.

Deepa started her career by playing small supporting roles in Marathi films and serials. Some of her Marathi movies are Natrang, Mulga, Kshan, Lagan: The Dedication, Chakwa and Maratha Battalion. In 2020-21, she was seen as Aastha Sabherwal, mother of male protagonist in Star Plus’ popular TV show Shaurya Aur Anokhi Ki Kahani. In 2022, she played female lead role in Marathi television serial Tu Chal Pudha, aired on Zee Marathi.

Deepa was married to Ankush Chaudhary in 2007. He is an actor and writer by profession. Ankush is well known for playing lead roles in Marathi films like Classmates, Daagdi Chaawl and Double Seat.

Some Facts About Deepa Parab

If you have more details about Deepa Parab. Please comment below we will update within an hour.