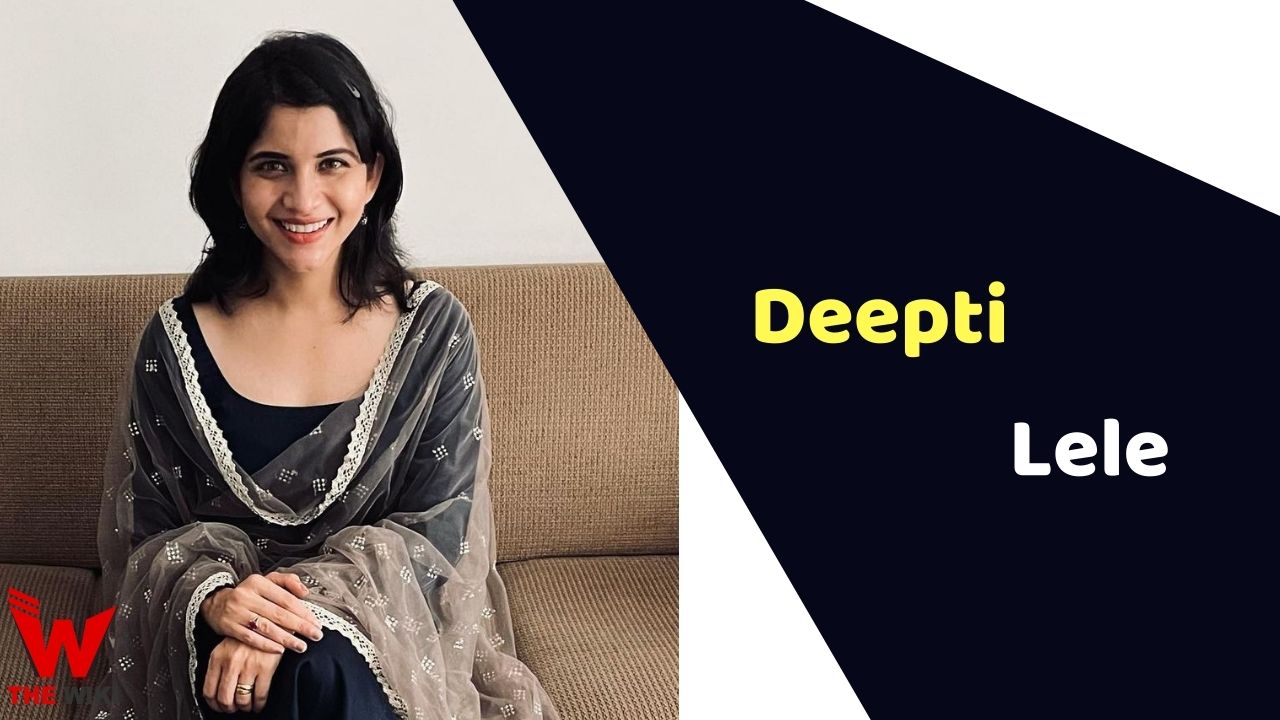 Deepti Lele is an Indian film and television actress. She is best known for playing lead roles in Marathi television serial like Lagori Maitri Returns, Aamhi Dogh Raja Rani, Ti Phulrani and Aboli. She has also worked in Marathi cinema. Deepti is originally from Pune, Maharashtra.

Deepti Lele was born on 20 September 1988 to a middle class Hindu family. She completed her schooling from Huzurpaga, Girls School, Pune and did graduation from BNCA College Of Architecture. Deepti got her first breakthrough with television series Lagori Maitri Returns as Rutuja in year 2014. Later she played lead role of Madhura Lele in Aamhi Doghe Raja Rani alongside Mandar Kulkarni. She was subsequently seen in Mazhiya Mahera and Tujha Majha Zamena. In 2018, Deepti portrayed grey shade character of Devyani in Sony Marathi’s Ti Phulrani. Recently she has seen in a popular Marathi TV show Sang Tu Aahes Ka and Aboli on Star Pravah.

Some Facts About Deepti Lele

If you have more details about Deepti Lele. Please comment below we will updated within a hour.