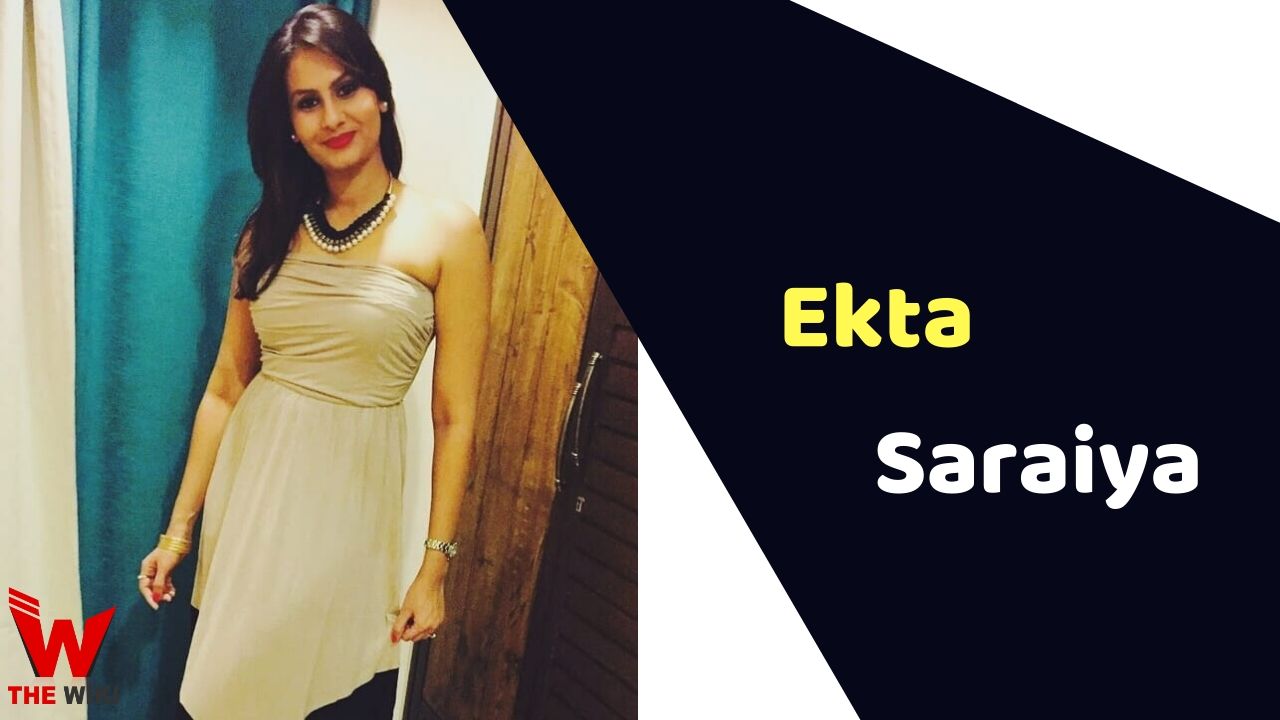 Ekta Saraiya is an Indian television actress. She is known for television shows Kya Huaa Tera Vaada, Mukti Bandhan, Simply Sapney, Anupamaa, Hamari Devrani. She started her career with the serial Kahiin to Hoga in 2007. After which she is actively involved in this industry.

Ekta Saraiya was born in Mumbai, Maharashtra. She was fond of acting and dance since childhood. Ekta started her career with the television show Kahiin to Hoga. She played the role of Mauli Sinha in the show. After this show, she played an important role in several television shows such as Kya Huaa Tera Vaada, Daayan, Kalpana, Simply Sapney, Hamari Devrani and Mukti Bandhan. In 2020, she will be seen in Star Plus TV show Anupamaa.

Some Facts About Ekta Saraiya

If you have more details about Ekta Saraiya. Please comment below we will updated within a hour.