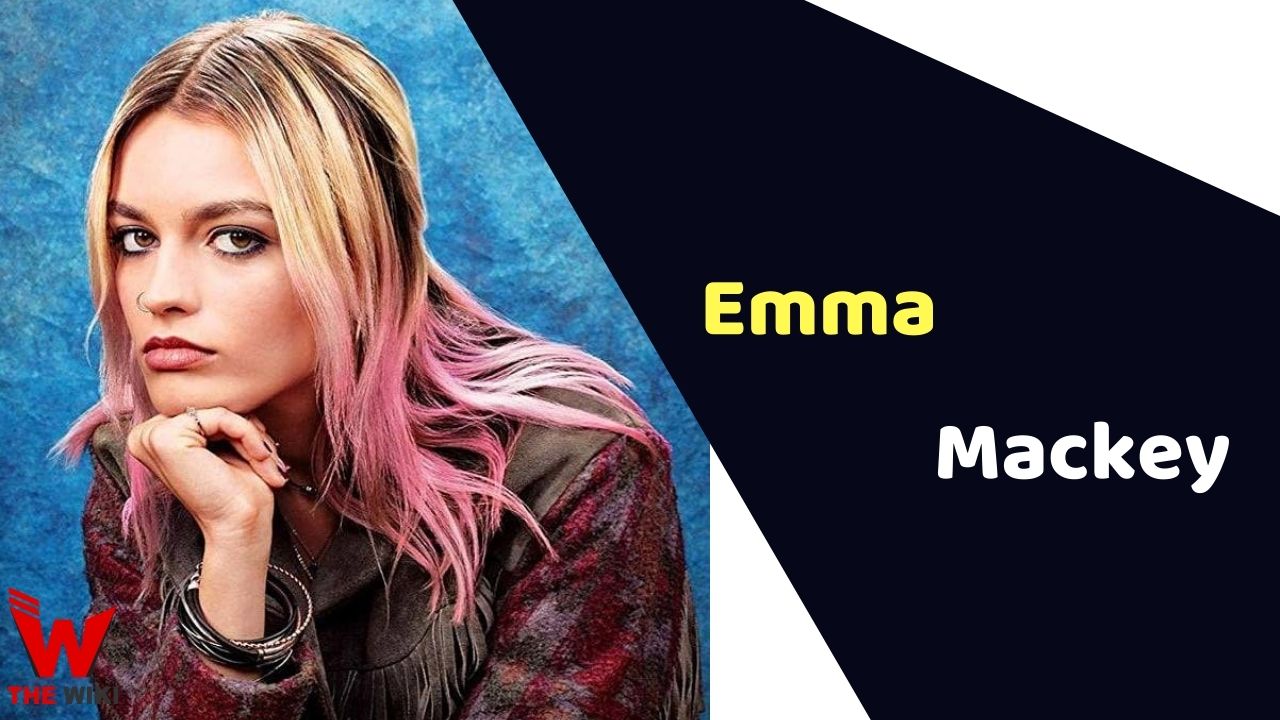 Emma Mackey is a French-British television and film actress. In 2019, she earned fame by playing role of Maeve Wiley in the comedic drama Netflix series Sex Education, for which she received the nomination for the BAFTA Television Award for Best Female Comedy Performance.

Emma Mackey was born on 4 January 1996 in Le Mans, Sarthe Her father’s name is John Mackey who is a teacher, and her mother’s name is Jeny Mackey. She completed her graduation in English language and literature from the University of Leeds from 2013 to 2016.

Emma started her career with the television film Badger lane as Michelle in 2016. She got featured in the television series Summit Fever as Isabelle in 2018. She earned recognition from the Netflix comedy-drama series Sex Education (Season 1 and 2) in the prominent role of Maeve Wiley, a confident but troubled girl who befriends Otis and runs a sexual therapy clinic with him in 2019 and 2021.

Apart from television, Emma made her debut in Hollywood with Death on the Nile as Jacqueline de Bellefort in year 2022. It is the follow-up to the 2017 movie Murder on the Orient Express.

Some Facts About Emma Mackey

If you have more details about Emma Mackey. Please comment below we will updated within a hour.