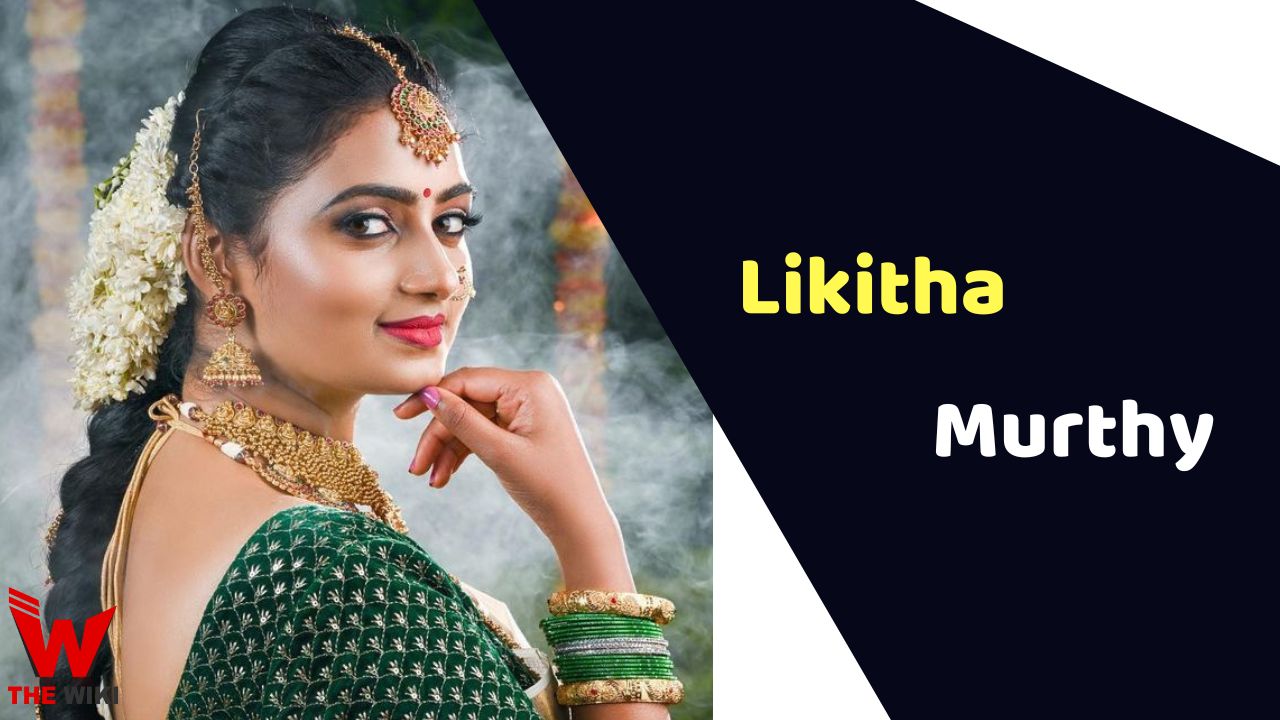 Likhitha Murthy is an Indian actress model and social media influencer. She predominately works in Telugu entertainment industry. She is popularly known for portraying the role of Mahalaxmi in Star Maa’s serial Bangaru Panjaram in 2019. Likhitha has also worked in Rakhi Poornima and Rajeshwari Vilas Coffee Club.

Likhitha Murthy was born in Hyderabad, Telangana. She has completed her studies from Mahila Mandali Vidhya Samsthe School and then went to BMS College for Women. Likhitha started her career by taking part in several modeling competitions and fashion shows. She also worked in newspaper print shoots.

After a brief modeling career, she entered in world of acting. She first featured as Mahalaxmi in Star Maa’s daily soap opera serial Bangaru Panjaram in 2019. After that, she appeared in Rakhi Poornima as Poornima. In 2022, Likhitha grabbed headlines for playing a main role of Rajeshwari in daily soap opera of Zee Telugu serial Rajeshwari Villa Coffee Club with alongside Akarsh Byramudi.

Some Facts About Likitha Murthy

If you have more details about Likitha Murthy. Please comment below we will update within an hour.