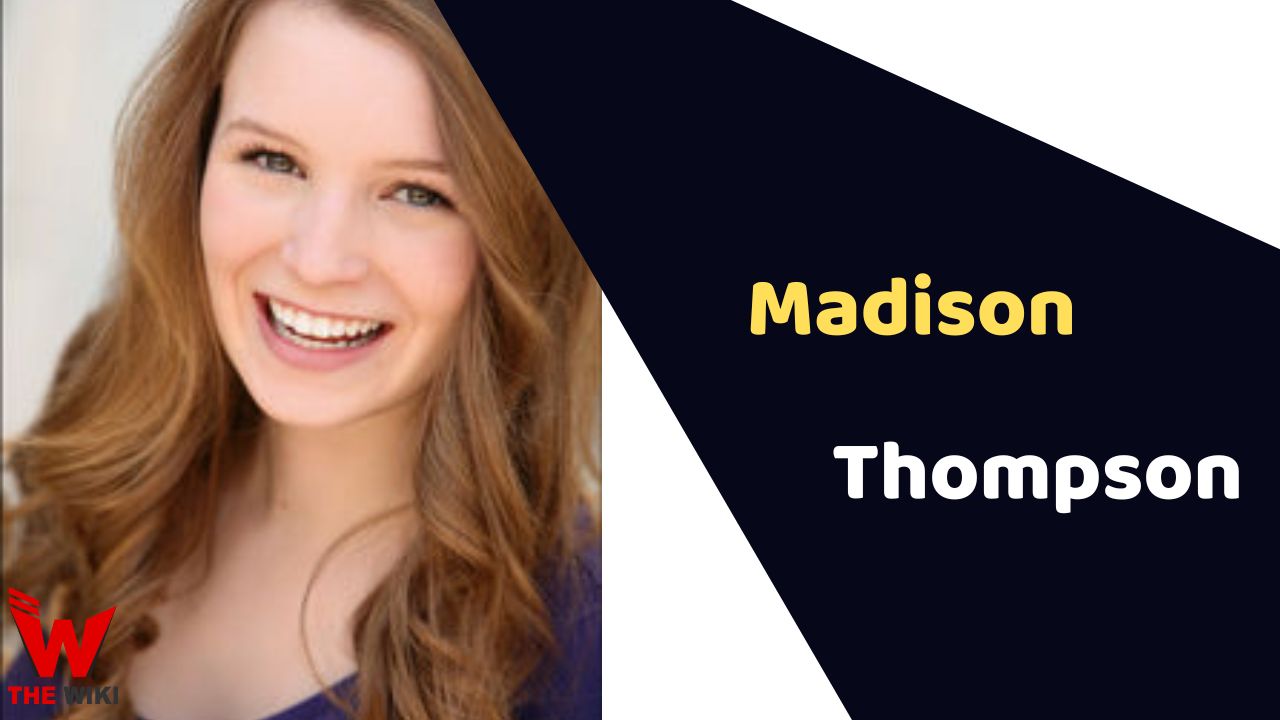 Madison Thompson is an American actress who predominantly works in the television industry. She is renowned for her performance in Netflix’s Emmy Award-winning show Ozark as Erin Pierce, seasons 3 and 4. She has participated in many other TV shows, including Shots Fired in 2017, NCIS: New Orleans in 2018, The Young and the Restless in 2020, and Boo, Bitch in 2022.

Madison Thompson was born on August 13, 2000 in Atlanta, Georgia. She did her schooling at Lovett School, Atlanta, and she graduated from the University of Southern California where did a business degree in cinematic arts.

Madison Thompson rose her career with the television crime-drama series Major Crimes as Amanda Pond in 2016. She appeared in the comedy series Henry Danger as Tipper in 2016. In 2018, she acted in the fantasy comedy-drama series Kevin (Probably) Saves the World as Jessica Garnett which broadcasted on ABC.

From 2020 to 2022, she starred in the crime-drama serial Ozark as Erin Pierce aired on Netflix and received positive reviews from critics. She played the role of Lindsey Coolidge in the family-comedy series American Housewife from 2020 to 2021. She did a guest appearance in the comedy series Boo, Bitch as Emma in 2022.  The same year, she is also cast in a leading role in the Paramount series Grease Rise of the Pink Ladies.

Some Facts About Madison Thompson

If you have more details about Madison Thompson. Please comment below we will update within an hour.