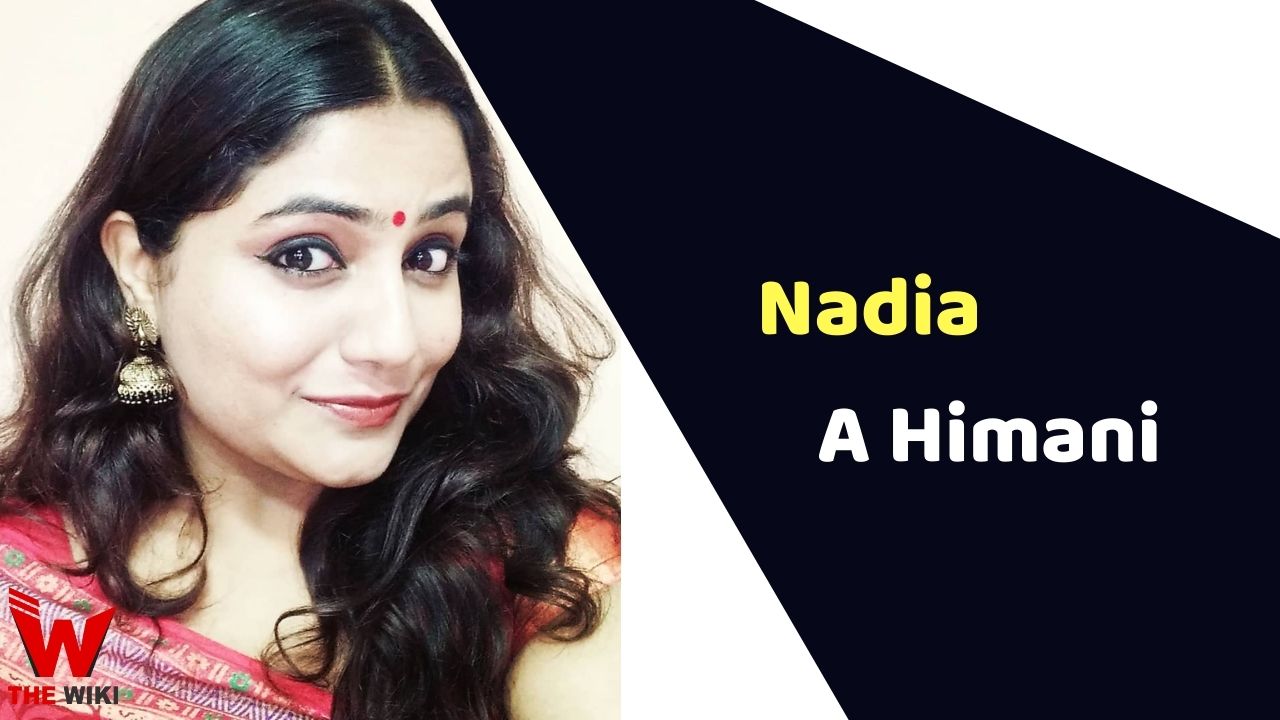 Nadia A Himani is an Indian theatre and television actress. She is popularly known for her act in Munshi Premchand’s play Kafan. She has worked for many channels like Doordarshan, Sony TV and even Colors Gujarati. Recently Nadia was seen in Star Plus popular television show Saath Nibhaana Saathiya 2 (2020).

Nadia Himani is originated from Ahmedabad, Gujarat. She has gained popularity with the role of Monghi in Gujarati television show Saavaj – Ek Prem Garjana. She has nominated twice for this show in Transmedia Gujarati Screen and Stage Awards. Nadia is pursuing television and theatre at the same time. She has worked for more than four years in Gujarati theatre. Nadia has done an appreciable job and contributed so much to Indian cinema and theatre.

Some Facts About Nadia A Himani

If you have more details about Nadia A Himani. Please comment below we will updated within a hour.