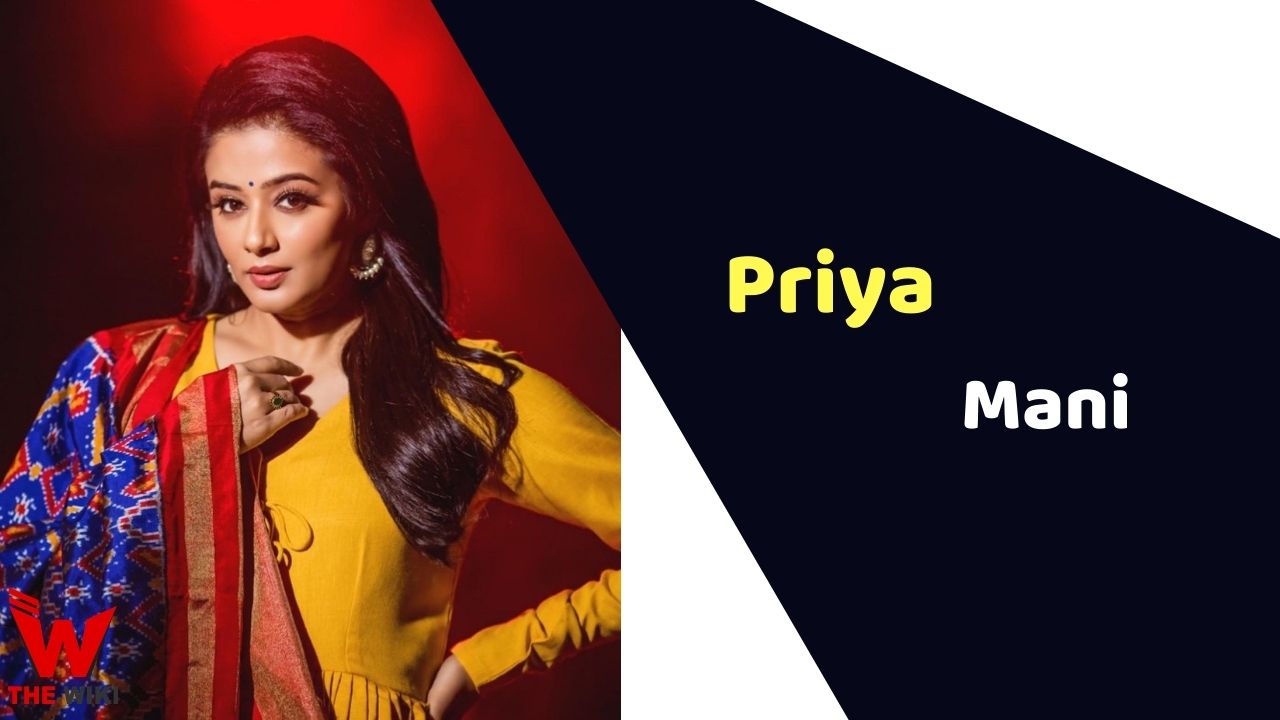 Priya Vasudev Mani Iyer (aka. Priyamani), is an Indian actress and former model who has widely appeared in Telugu, Kannada, Tamil, and Malayalam films. She started her career in the year 2003 and is actively working in the South Indian industry and Hindi industry. She has also appeared in various television shows and has judged various dance shows.

Priyamani was born on 4 June 1984 in Bangalore, Karnataka. Her father’s name is Vasudev Mani, who hailed from Palakkad; owns a plantation business. On the other hand, her mother, Lathamani is a former national level badminton player and also worked in Union Bank of India as the bank manager. She has an elder brother named, Vishakh who in the plantation business. She is the granddaughter of Carnatic vocalist Kamala Kailas.

Priya started working in acting field when she was in 12th standard, and she widely appeared in various television commercials and print media in her school years. She used to actively participate in extracurricular activities when she was in her school. Priyamani has a Bachelor of Arts in psychology through correspondence.

Priyamani began her career with a Telugu film Evare Atagaadu in year 2003. This film was directed by P Bhanu Shankar and she was seen opposite to Vallabha in the lead role of Rekha. She becomes popular for her portrayal as village girl Muththazhagi in the Tamil romantic drama film Paruthiveeran, receiving a National Film Award for Best Actress and a Filmfare Award for Best Actress in Tamil for her performance. Later she was worked in many famous films like Hare Ram (2008), Ninaithale Inikkum (2009), Raam (2009), Raavan (2010), and Idolle Ramayana (2016). She has been worked more than 50 films in various Indian languages.

Priyamani is tied the knot with her long-term boyfriend, Mustafa Raj (event planner) on 23rd August 2017 in a private ceremony held in Bengaluru.

Some Facts About Priyamani