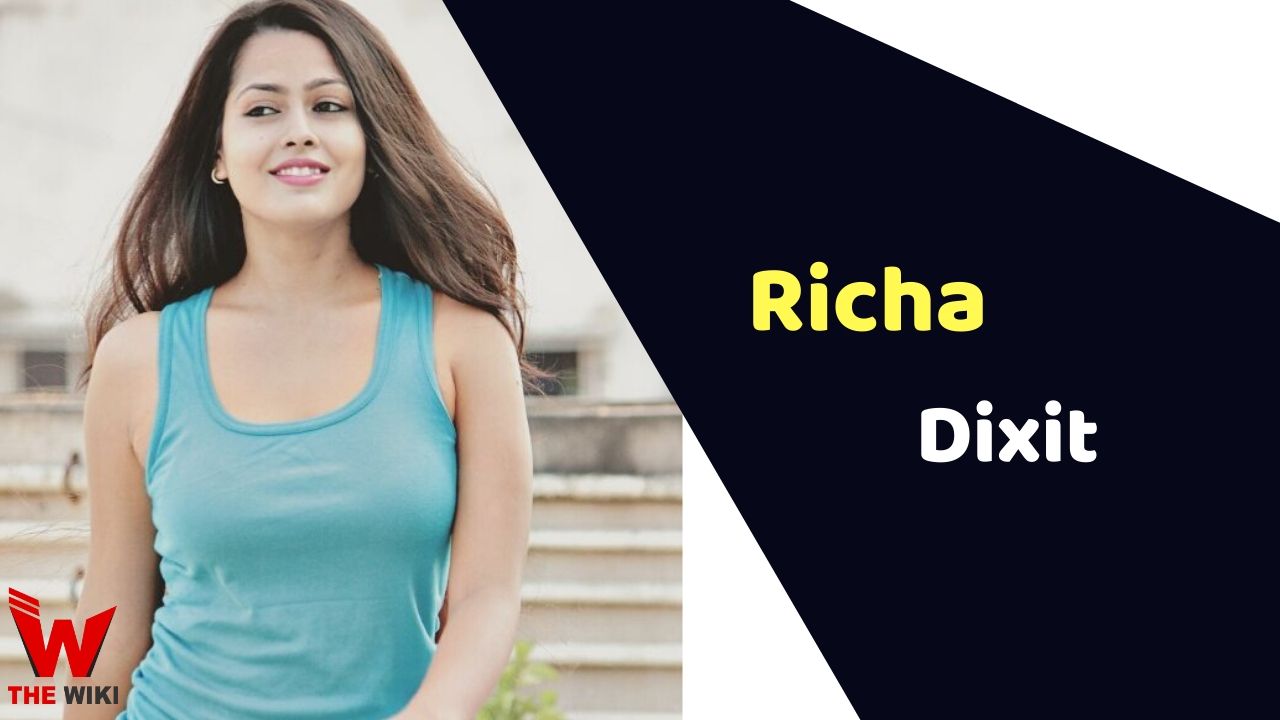 Richa Dixit is an Indian actress. She is mainly active in Bhojpuri films and has worked in many films like Vinashak, Mehandi Laga Ke Rakhna 2, Suno Sasurji, Border, Janu Meri Jaan. She has also worked in a Hindi television serial.

Richa Dixit was born and brought up in Kanpur, Uttar Pradesh. Her father Niranjan Dixit is a clerk in the supply department in Unnao. He lives with wife Manju, son Amit and her wife Kanika and younger son Sumit. Richa’s brothers run coaching in Kota while Richa lives in Mumbai. In 2016, Richa was engaged to an engineer from Bangalore.

Richa has fond of acting, dancing and singing since childhood. Her talent brought her into the film industry. Richa started her career with Bhojpuri cinema. She has appeared in many Bhojpuri films such as Janu Meri Jaan, Vinashak, Mehandi Laga Ke Rakhna 2, Suno Sasurji, Border. She has also acted in Bhojpuri music albums and has lent her voice to many songs.

Apart from Bhojpuri cinema, Richa is also active in the Hindi television industry. She made her television debut with the serial “Meri Pyaari Sasu Maa”. After which she has worked in many famous television shows such as Ram Siya Ke Luv Kush, Navrangi Re, Nazar 2 and Devi Adi Parashakti.

Some Facts About Richa Dixit

If you have more Details about Richa Dixit. Please comment below we will updated within a hour.