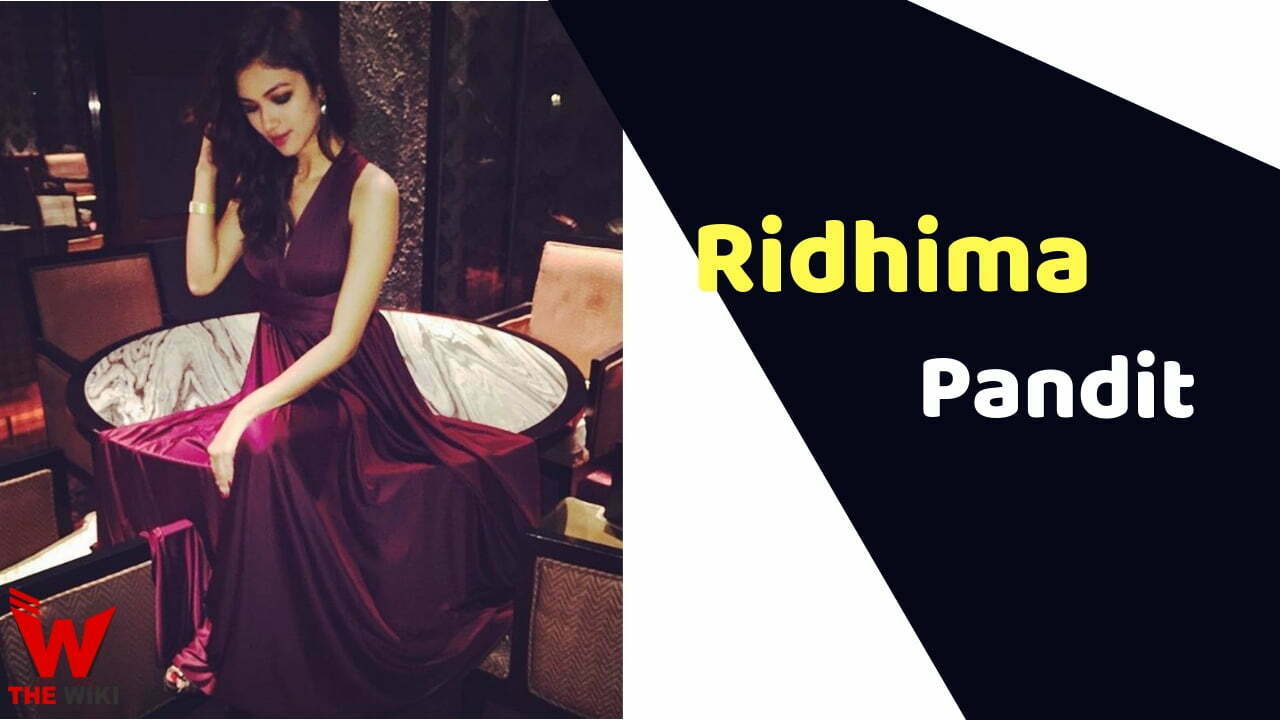 Ridhima Pandit is an Indian model and television actress. She is known for the lead role of Rajni Kant (or Rajjo) in the serial Bahu Hamari Rajanikant. She got huge popularity with this show. Ridhima become household name in northern India as Robot Bahu.

Ridhima Pandit was born on 25 June 1990 in Mumbai, Maharashtra to Hindu Brahmin family. She completed her graduation in Sociology and Event Management from University of Mumbai. After graduation, she follow her dream and start doing modeling and commercial advertisements. She also joint acting school of Nadira Babbar, where she learn all key skills of acting.

Ridhima has worked with top Indian brands like Sunsilk, Fair & Lovely, Set Wet, Dove, Harpic, Center Fresh, Veet, Luminous etc. She had done more than hundred television commercial. In 2015 she got a chance to give audition from Life Ok’s show Bahu Hamari Rajanikant. After 5-6 rounds of casting, she was selected for the lead role of Rajni Kant (or Rajjo/Robot Bahu). It was a comedy sci-fi show and she featured alongside of Karan Grover and Raqesh Vashisth.

Bahu Hamari Rajanikant started from 15 February 2016. After successful running one year, The show went off air on 13 February 2017. Ridhima received best debut award of Zee Gold Awards in 2016 for this show.

Just after this show she was seen on the Voot web series Yo Ke Hua Bro, in which she played role of Ragini. Meanwhile she worked on various television shows like Dance Champions (as Host) and The Drama Company (in various characters).

Ridhima Pandit is currently dating Eshaan Roshan who is son of music director Rajesh Roshan and cousin brother of Hritik Roshan. The couple enjoying their relationship. Ridhima and Eshaan first met when they were 14 and started dating four years later. However, after being together for 10 years. Eshaan is a music composer and also assisted Sanjay Gupta for Kaabil (2017).

Some Facts About Ridhima Pandit

If you have more details about Ridhima Pandit. Please comment below we will updated within a hour.