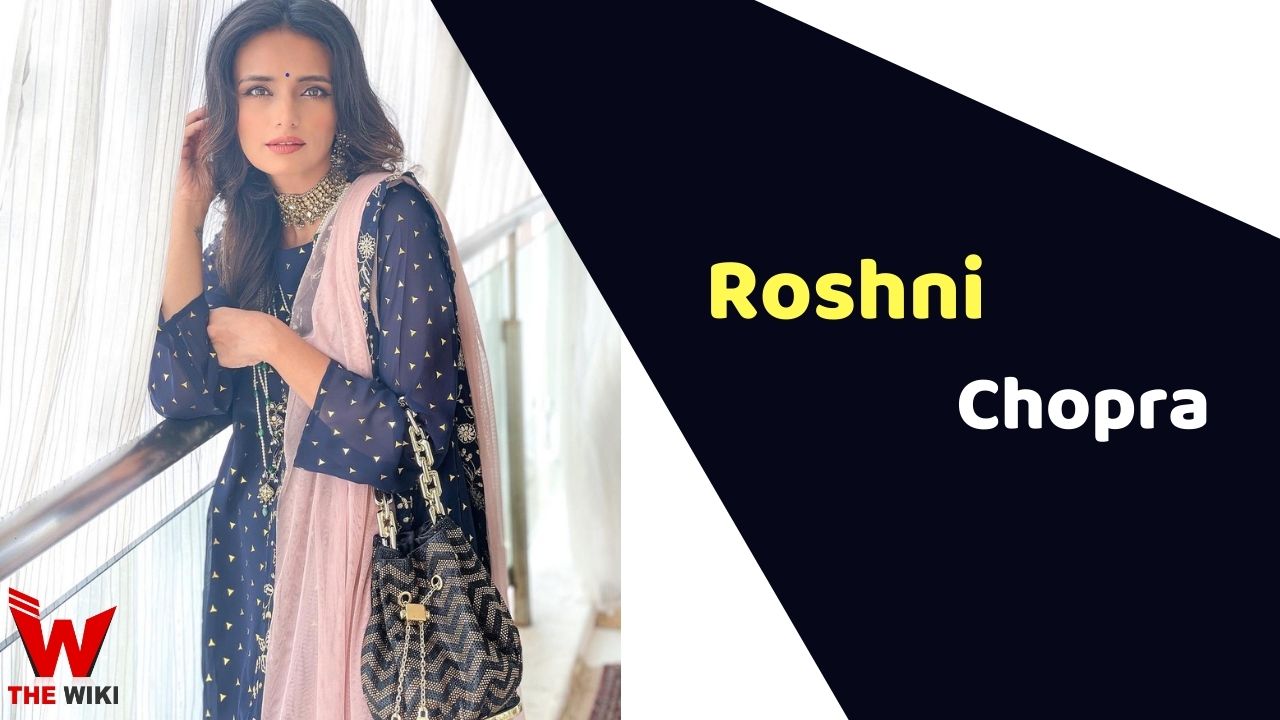 Roshni Chopra is an Indian television and film actress. She is popularly known for playing the role of Pia Shukla one of the three female leads in the Zee TV’s series Kasamh Se. Later she was seen in many comedy shows such as Comedy Circus Ka Naya Daur, Comedy Nights with Kapil, The Kapil Sharma Show, The Drama Company etc.

Roshni Chopra was born on 2nd November 1984 in New Delhi, India. Her father’s name is Ravi Chopra. She has a sibling sister named Deeya Chopra, a TV actress. Chopra completed her schooling from Our Own English High School.

Roshni started her acting with a Bollywood film Let’s Enjoy in year 2006. She played the role of Sonali in the film. Later she rose to fame by playing role of female lead sister in Zee TV’s show Kasamh Se. She was seen alongside Prachi Desai, Arunima Sharma, Pallavi Purohit and Ram Kapoor in the show. She subsequently worked in TV show Dil Jeetegi Desi Girl, Pyaar Mein Twist, Kkavyanjali and Akbar Birbal.

She is married to Siddharth Anand Kumar, a film maker on 10th December 2006. She also has two sons, Jaiveer and Reyaan.

Some Facts About Roshni Chopra

If you have more details about Roshni Chopra. Please comment below we will updated within a hour.