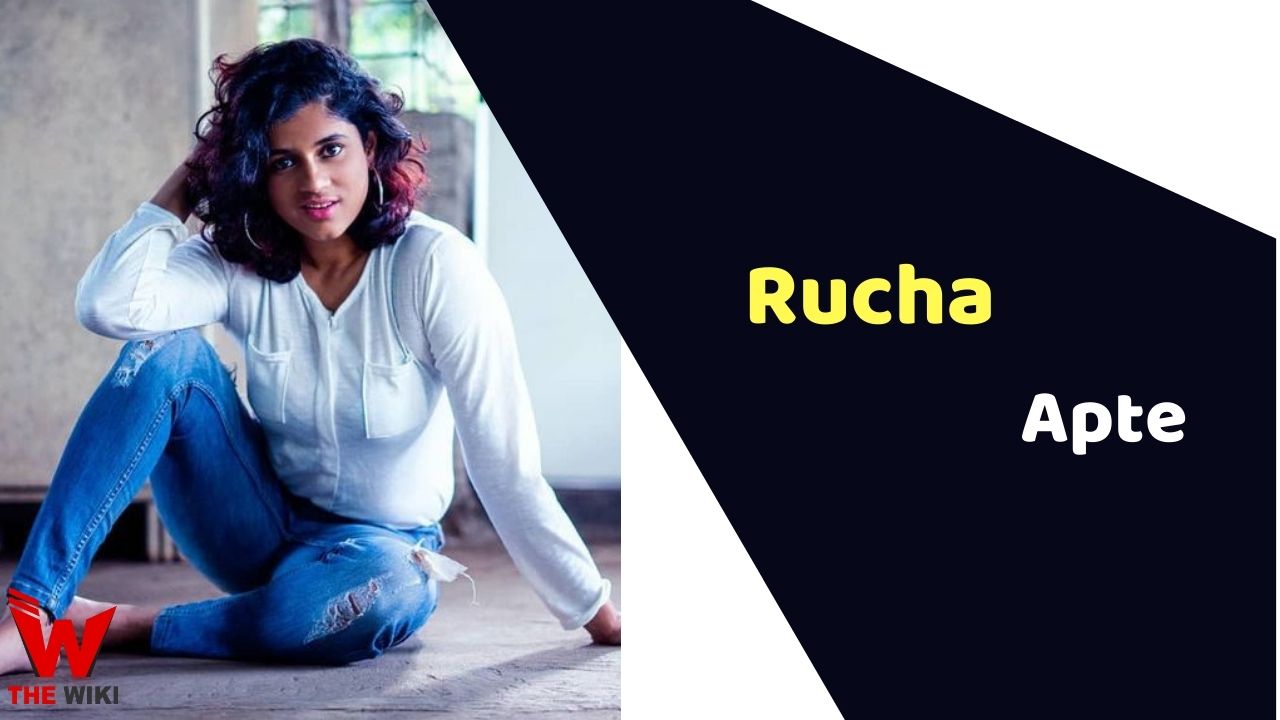 Rucha Apte is a Marathi television actress and model. She is famous for her Marathi series and films. Apte is famed for Assa Maher Nako Ga Bai, Idak, Arabian Nights, and Maza Algaar. In addition to being an actress, she is a highly trained wrestler. She is a content maker and does YouTube videos.

Rucha Apte was born on 25 June 1990 in Pune, Maharashtra. Her parents took up residence in Pune, where they work. She has two sisters, Nupure Apte and Mohar Apte. She graduated from a private school with high marks and graduated from The University of Pune and Brihan Maharashtra College of Commerce. In her College years, she started working as a model and contributed in arts programs. She had an interest in acting, she gave numerous auditions.

Rucha began her TV debut with Dil Dosti Duniyadari, aired on Zee Marathi. She featured in the serial Bun Maska on Zee Yuva. Rucha made her movie debut with Maza Algaar in the year 2017. She starred in many serials like Assa Maher Nako Ga Bai, Tujhyat Jeev Rangala, Saath de Tu Mala, Bun Maska. Rucha has done some short films like Arabian Nights and Idak.

Rucha Apte got married to her boyfriend Kshitij Date on 25 April 2021. The couple got married in a private ceremony between lockdowns in Maharashtra as per guidelines provided by the Maharashtra government.

Some Facts About Rucha Apte

If you have more details about Rucha Apte. Please comment below we will updated within a hour.