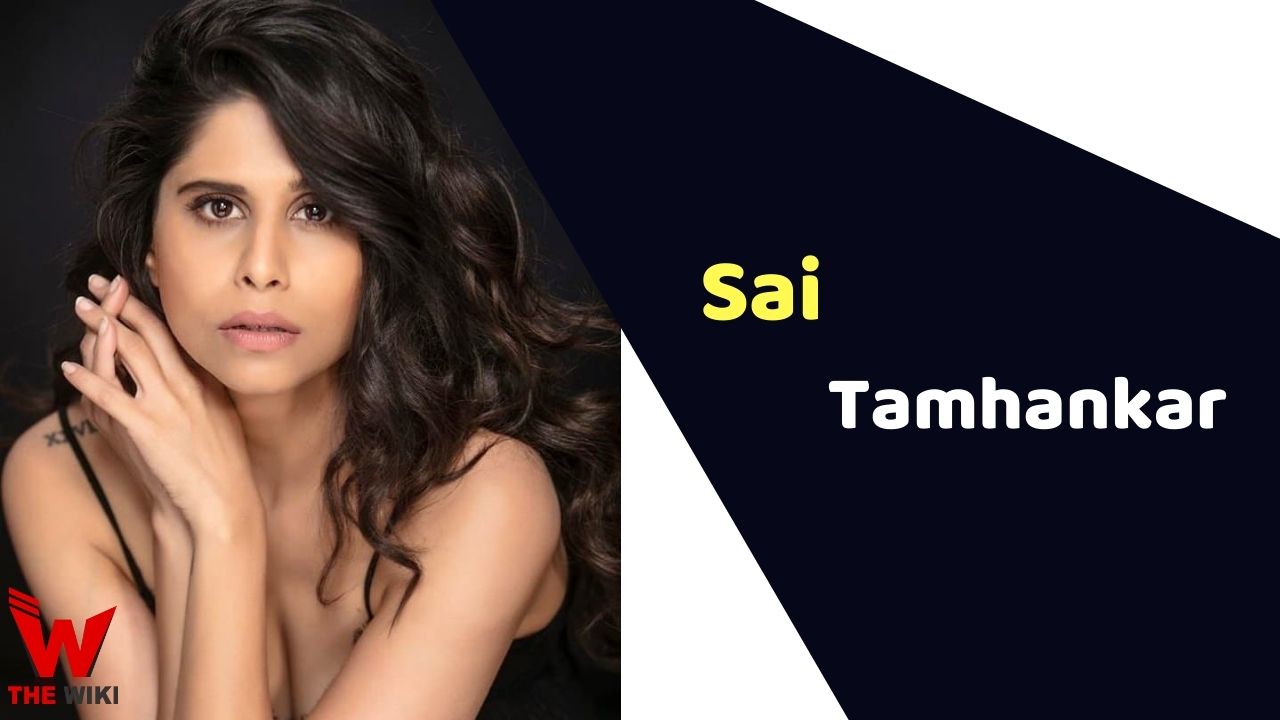 Sai Tamhankar is an Indian actress working mainly in the Marathi and Hindi film industries.  She gained immense popularity by her performance in the Marathi television series, Ya Gojirvanya Gharat, aired on ETV Marathi.

Sai Tamhankar was born on 25 June 1986 in the Sangli region of Maharashtra. Her father’s name is Nand Kumar Tamhankar and mother’s name is Mrunalini Tamhankar. She has two siblings a brother named Sachin Gaurav and a sister.  She enrolled at a junior college, where she performed for the first time in a play. Developing her interest in theatre, she participated in street play inter-college dramas. However, her performance in the play Adhure Adhure was highly appreciated. Later, Sai moved to Mumbai and took a course in hotel management as well.

Sai was offered to play a role in a popular Marathi sitcom, Ya Gojirvanya Gharat. The actress became a household name for her role in the sitcom and became the star of Marathi television series like Agni Sikha, Sathi Re, and Kasturi.

Sai made her silver screen debut with the Hindi film Black & White, by Subhash Ghai in 2008. However, she made her debut at the Marathi cinema the same year with the film Sanai Chowghade directed by Rajeev Patil. The following year, she was also featured in A.R. Murgadoss’s film Ghajini starring Aamir Khan. From 2009 to 2012, she appeared in Marathi films such as Be Dune Saade Char, Ajab Lagnachi Gajab Gosht, Lalbagh Paral, Rita, and No Entry Pudhe Dhoka Aahe which is a remake of the well-known Bollywood film No Entry.

Sai went on to provide powerful performances in films such as Pune 52 (2013), Duniyadari (2013), and Time Please (2013). In 2015, she piloted one of her best Bollywood roles in Hunter, which also stars Gulshan Devaiah. Her 2016 releases include; Marathi films viz. YZ, Jaudya Na Balasaheb, Family Katta, Vazandar, and Rakshas. Her 2019 release includes Girlfriend. Her releases in 2020 include Cookie and Ashleel Udyog Mitra Mandal.

Sai got engaged to her longtime boyfriend in 2012, and the couple got married on 15 December 2013. The couple was in a live-in relationship for almost a year before they got engaged.

Some Facts About Sai Tamhankar

If you have more details about Sai Tamhankar. Please comment below we will updated within a hour.