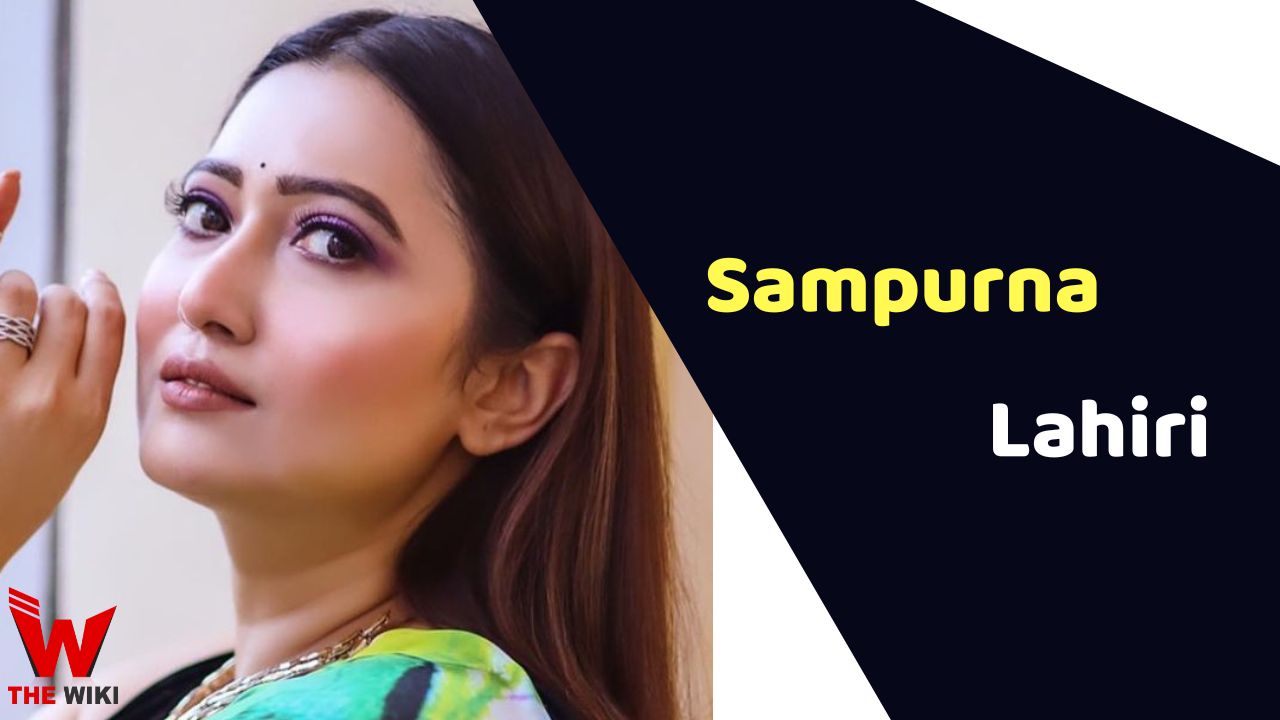 Sampurna Lahiri is an Indian actress and model who mainly works in Bengali TV shows and films. She is popularly known for featuring in Colors Bangla’s crime fiction television serial Byomkesh as Sunaina in 2014. Sampurna has worked in several Bengali films like Goray Gandogol (2012), Accident (2012), Janbaaz (2016), Durga Sohay (2017), Shankar Mudi (2019) and many more.

Sampurna Lahiri was born in Kolkata, West Bengal. Since her childhood, she wanted to become an actress after completing her studies she took part in several fashion shows and modeling competitions. Sampurna commenced her acting career by appearing in the film Goray Gandogol in 2012, directed by Aniket Chattopadhyay. The same year, she appeared in Nandita Roya & Shiboprosad Mukherjee’s film Accident as Riya.

Besides films, Sampurna worked in television industry. She also made her debut in TV serial with Tare Ami Chokhe Dekhini which was aired on Star Jalsha. After that she got popularity through the character Sunaina of Colors Bangla’s serial Byomkesh in 2014. Later, she appeared in serial Nojor where she played two role of Daayan and Maya.

Some Facts About Sampurna Lahiri

If you have more details about Sampurna Lahiri. Please comment below we will update within an hour.