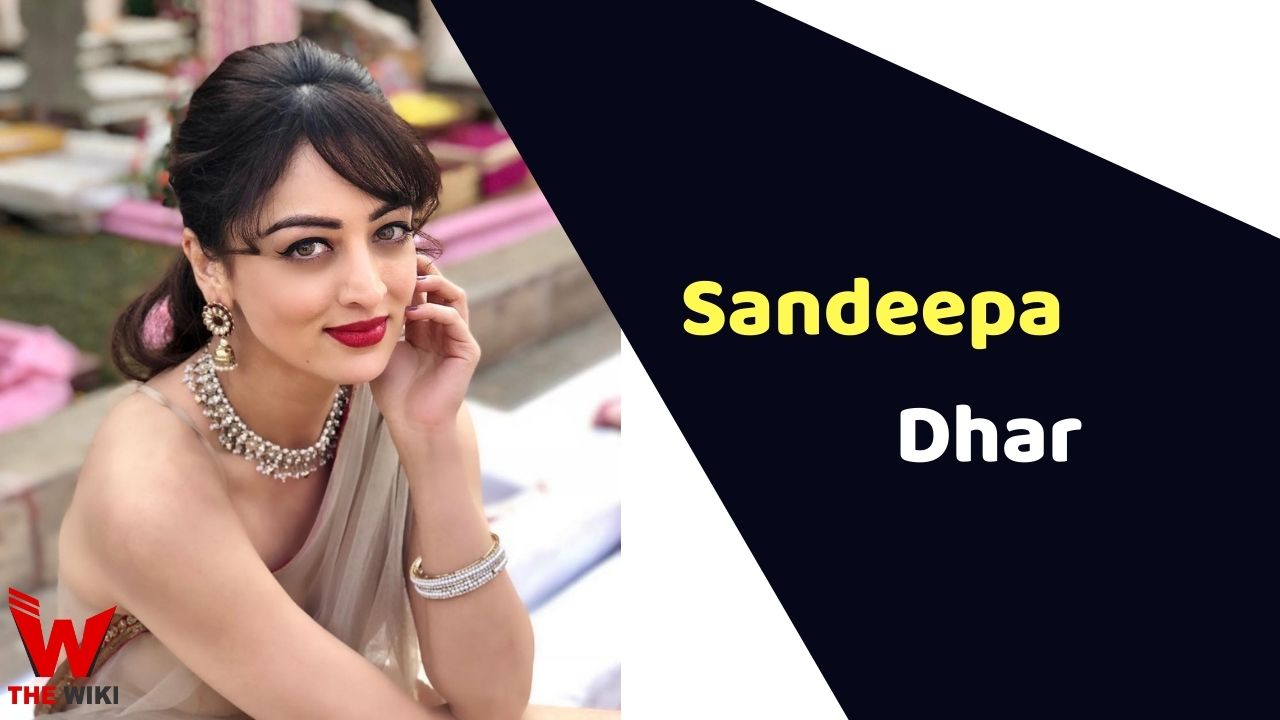 Sandeepa Dhar is an Indian actress, dancer and model. She made her Bollywood debut with the film Isi Life Mein in 2010. Her fabulous performance in this film nominated her for Star Screen Award for Most Promising Newcomer, Stardust Award for Superstar of Tomorrow and Filmfare Award for Best Female Debut.

Sandeepa Dhar was born on 2 February, 1989 in Srinagar, Jammu and Kashmir. She is an alumna of National Public School, Bangalore. She always had a dream of making career in glamour industry for that she started learning nuances of acting and dancing. Sandeepa learnt Bharatanatyam for 8 years from a popular dance trainer Vani Ganpati and also learnt Jazz and Contemporary for 4 years from Shiamak Davar and Terence Lewis.

Sandeepa has completed her primary and secondary schooling from St. Michael’s Convent School, ITI Manakpur, Uttar Pradesh and National Public School, Bengaluru respectively. She has done graduation and got his degree in Advertising from St. Xavier’s College, Mumbai.

Sandeepa started her acting career in 2010 by Isi Life Mein opposite to Akshay Oberoi. Then after appeared in many films including Dabangg 2, Heropanti, 7 Hours to Go, Gollu Aur Pappu etc.

Sandeepa is a well trained professional dancer. She had participated in numerous dance competitions and got many awards. She is currently playing the main role in an international musical known as West Side Story which is produced by Australian Dance Theatre. Sandeepa has also appeared in web series like Abhay (2019), Flip (2019) and Mum Bhai (2020).

Some Facts About Sandeepa Dhar

If you have more details about Sandeepa Dhar. Please comment below we will updated within a hour.