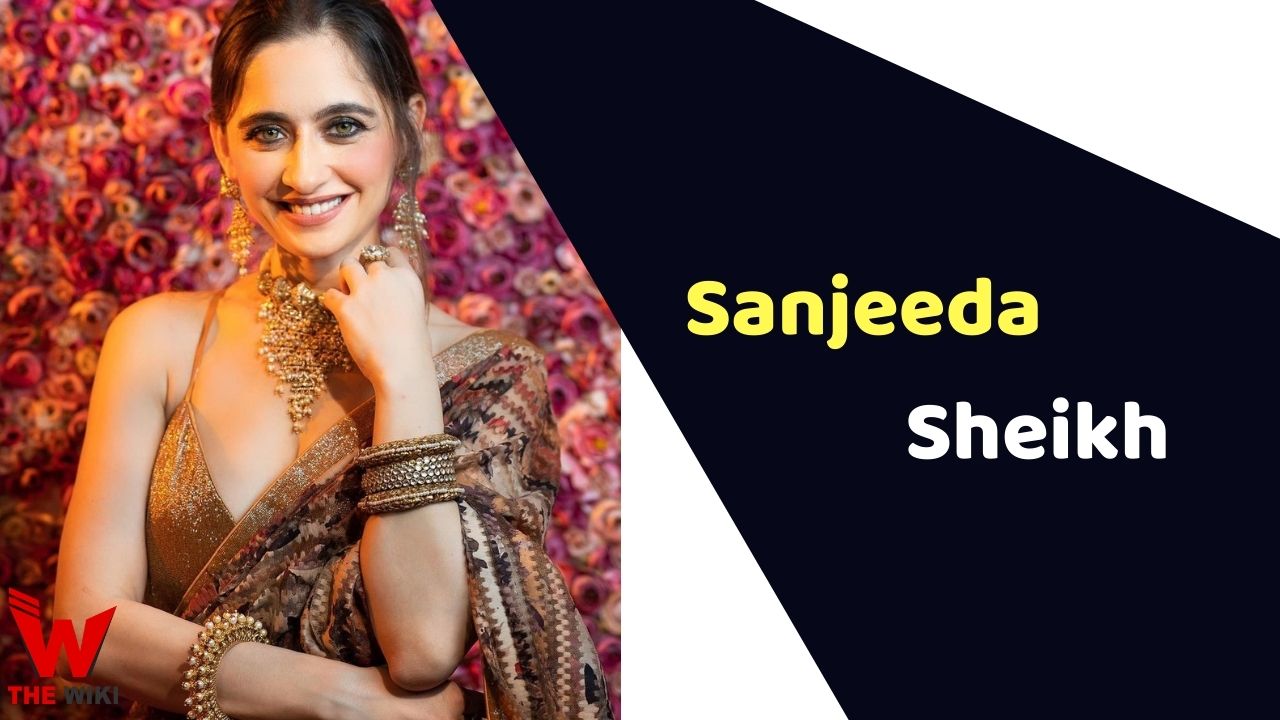 Sanjeeda Sheikh is an actor, dancer, and presenter. She has appeared in numerous Hindi television serials. She has also worked in several films, music videos and web-series. Sheikh participate in dance reality show Nach Baliye 3 along with husband Amir Ali in 2007.

Sanjeeda was born on 20 December 1984 in Kuwait City, Kuwait. But she hails from Ahmedabad, Gujarat. She completed graduation in Bachelors in Arts.

She has also made her web-series debut by Gehraiyaan(2017) and she has also appeared in numerous music videos which includes Bas Ek Baar, Ajnabee, Tum Aaoge, Sajda Karu, Kalla Sohna Nai, and Ruka Hoon.

Sanjeeda Sheikh married her actor Aamir Ali on 2 March 2012. She has a daughter through surrogacy.

Some Facts About Sanjeeda Sheikh

If you have more details about Sanjeeda Sheikh. Please comment below we will updated within a hour.