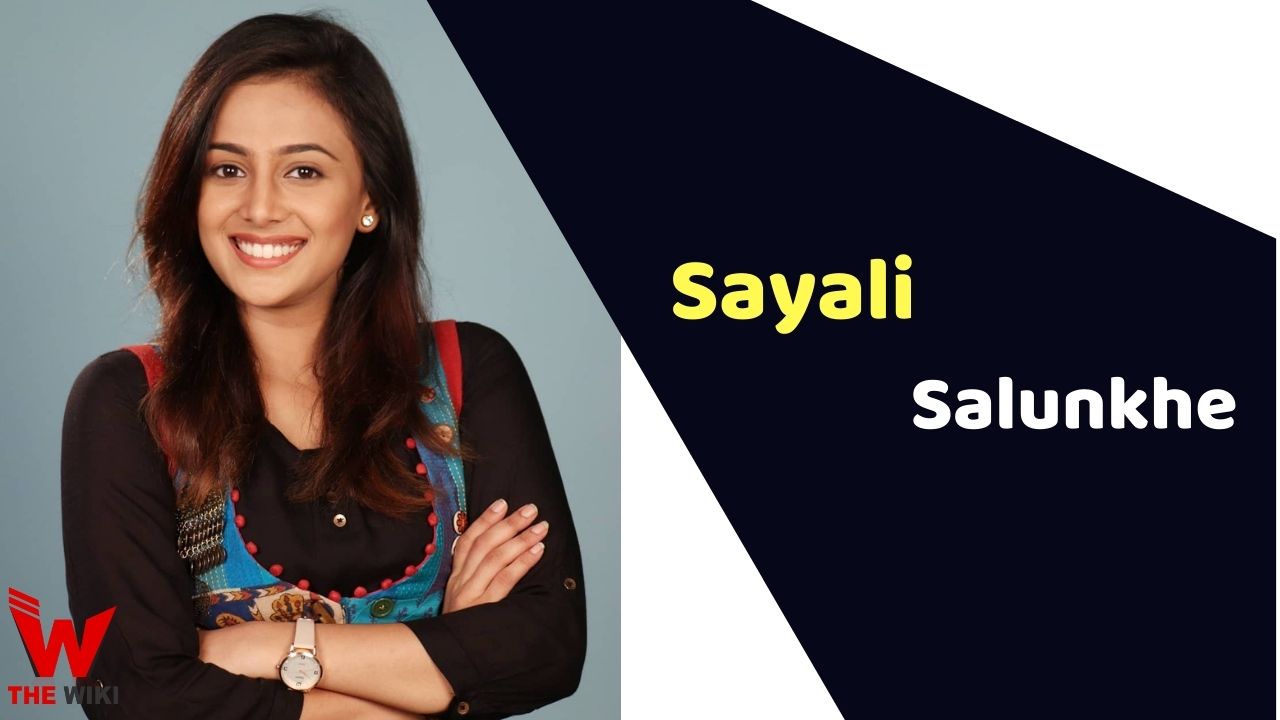 Sayli Salunkhe is an Indian actress. She majorly works in Marathi film and television industry. She is known for playing role of Jyotika in Star Pravah’s popular show Sukh Mhanje Nakki Kay Asta. Sayli has also worked in TV shows such as Mehndi Hai Rachne Waali and Chhatriwali.

Sayli Salunkhe was born on 30 April to Indian parents Suchita Salunkhen and Santosh Salunkhen. Her sister’s name is Sakshi Salunkhen. Sayli has got acting diploma from SRM Film School. She was passionate about acting since childhood and started in the industry by stepping into modeling after her graduation.

Sayli started her career with modeling and did many commercial advertisements and photo-shoots. Her first television serial Chhatriwali was aired on Star Pravah in 2018. She debuted in film industry through Eghan, produced by Mahavir Khandare and directed by Sumedh Bhaurao Umale. She is part of serial of serial Sukh Mhanje Nakki Kay Asta on Star Pravha as Jotika.

Some Facts About Sayli Salunkhe