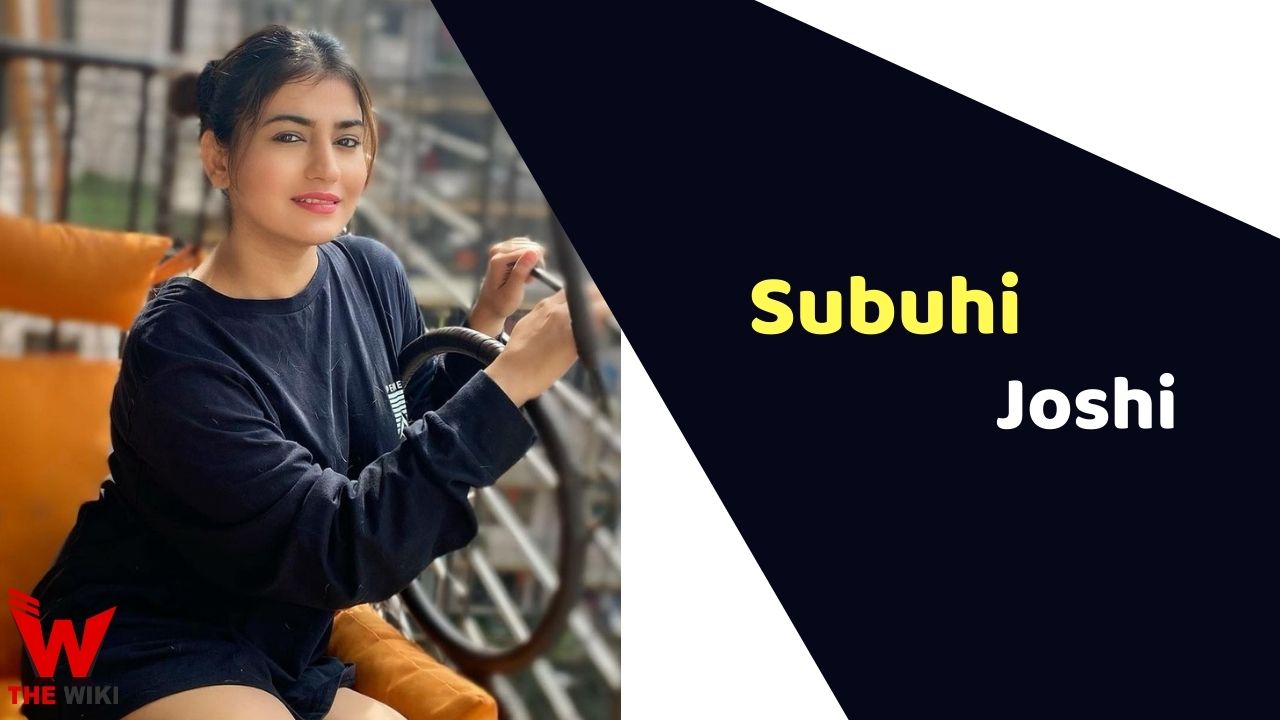 Subuhi Joshi is an Indian actress, singer and disc jockey. She is known for her appearance in the famous reality show MTV Splitsvilla Season 6 and ended up as the second runner-up in 2014. She has gained immense popularity through this show. Joshi has worked along with Harshit Tomar and sang the song “Wooffer” and also acted in that music album in 2014.

Subuhi Joshi was born on 29 October 1992 in New Delhi, India to Meenu Joshi, who herself is an actress. She belongs to a Hindu family. She grew up with her brother Tanmay Joshi. Joshi completed her schooling from Cambridge School, New Delhi. She has developed an interest towards acting in childhood. She did graduation from University of Delhi, New Delhi.

Subuhi started her career as a child artist at the age of 3. She made her television debut with the Doordarshan TV show Nimantran in 1995. In 2010, after completing her studies, she appeared in the popular reality show Big Switch, later was also part of MTV Splitsvilla Season 8. She entered in the show as a wild card contestant and managed herself among the top 4 contestants.

Subuhi Joshi was in a relationship with Siddharth Sagar and got engaged in November 2018 but after some time they broke off their engagement and split up. She accused him of domestic violence.

Some Facts About Subuhi Joshi

If you have more details about Subuhi Joshi. Please comment below we will updated within a hour.