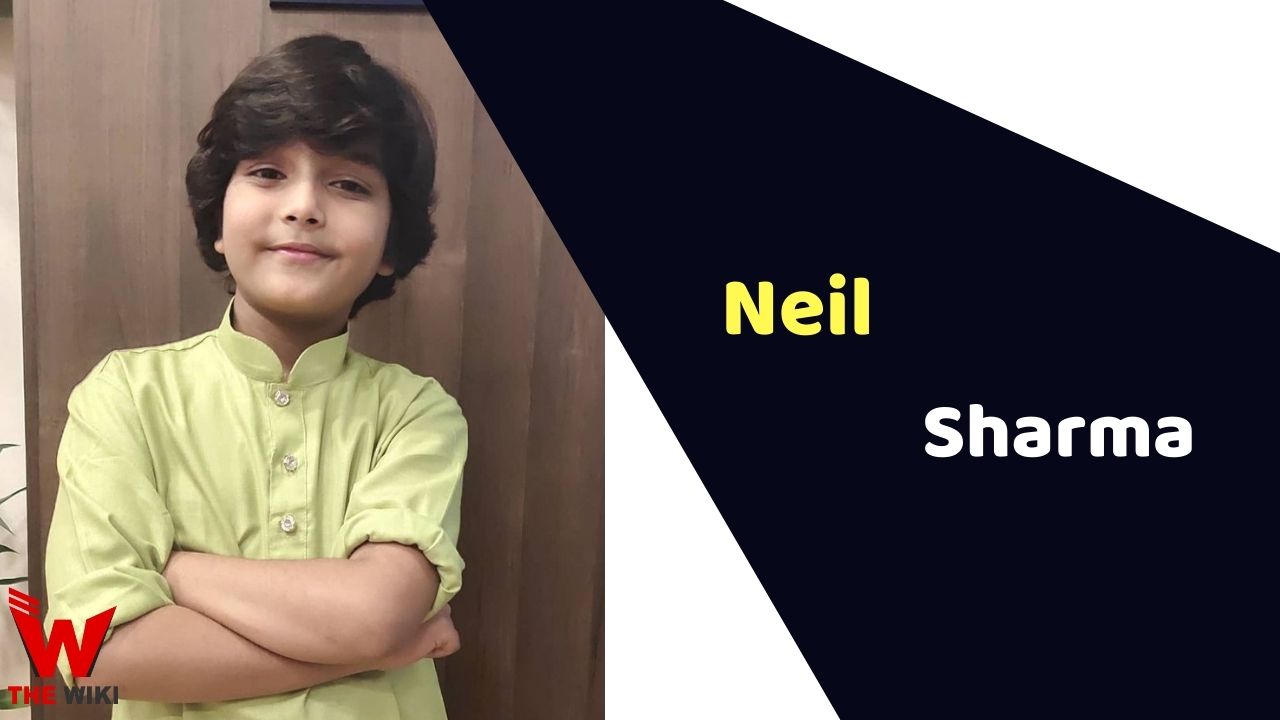 Neil Sharma is an Indian child artist. He predominantly works in Hindi television industry. He worked in several television serials such as Vighnaharta Ganesh, RadhaKrishn, Vidya and Haiwan. Neil also appeared in many television commercials.

Neil Sharma was born on 5 November 2011 in Mumbai, Maharashtra to a well-to-do Hindu Brahmin family. He is son of Mahesh Sharma and Chhaya Sharma. Apart from him, he has also two siblings Yuvan and Pari Sharma in the family. Neil always had an inclination towards acting and fulfilling his dream he started working in television commercial and serial from an early age.

Neil is currently studying in 6th standard from Santacruz based Sacred Heart Boys High School. He loves acting and dance and always ahead to participate in any competitions related to it.

Neil started his journey by print-shoots and television commercials. He featured on the TVC of many famous brands including Diamond Rings, Lodha Codemana, Edelweiss Tokio, Century Ply etc. In 2019, He also appeared in Sketch comedy video of Dice Media titled ‘The New Member’ along with Anuj Sachdev, Aprajita Bajaj and Ritika Murthy. Besides he was part of many television shows including Prem Bandhan, Mere Sai, Vighnaharta Ganesh, Vidya, Haiwaan : The Monster and RadhaKrishn.

Some Facts About Neil Sharma

If you have more details about Neil Sharma. Please comment below we will updated within a hour.